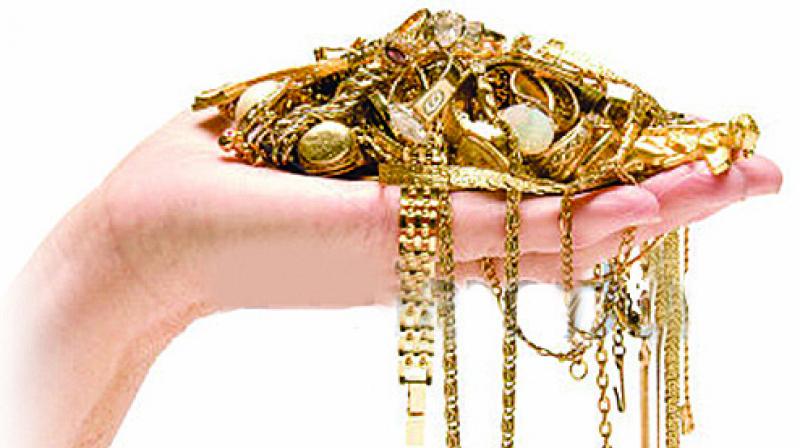 New Delhi: Gold extended its slump for the second day as it slipped below the Rs 29,000 mark by falling Rs 250 to an over six-month low of Rs 28,800 per 10 grams in the bullion market today, tracking a subdued global trend.

Moreover, reduced offtake by jewellers owing to a considerable fall in demand at the domestic spot market in view of the prevailing cash crunch following demonetisation of high-value notes hurt sentiment. Silver too declined by Rs 100 to Rs 41,100 per kg on reduced offtake by industrial units and coin makers.

Traders said sentiment was downbeat, largely in sync with a weak global trend, where gold closed at near 10-month lows as investors shrugged off the ongoing political turmoil in Italy that boosted appeal of equities and other riskier assets.