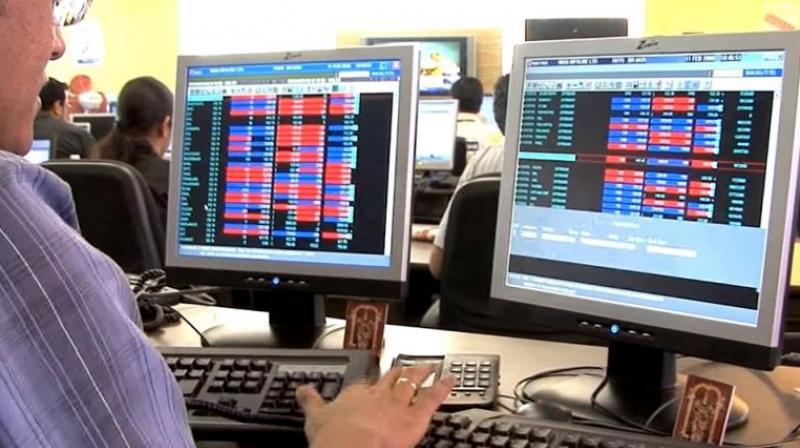 Mumbai: In a listless trading, the Sensex today closed with a marginal fall of over 31 points at 26,595 on the first trading day of 2017 as banking stocks felt the heat due to worries that the lending rate cuts will hit their bottom line.

Investors started taking profit in recent gainers that made mood downbeat. There was accelerated selling after manufacturing sector contracted in December, hit hard by demonetisation, and fresh weakness in the rupee.

Other losers were Infosys, GAIL, Cipla, Wipro, HUL, NTPC and TCS. Most global stocks, including those in Asia and Europe, were closed today for the New year. The near-absence of overseas cues meant investors remained directionless.

In contrast, investors indulged widening their portfolios in the second-line stocks, with small-cap and mid-cap indices outperforming the Sensex with gains of 1.20 per cent and 0.83 per cent, respectively.

M&M rose 3.42 per cent after the company reported 9 per cent increase in total tractor sales at 14,047 units in December while Tata Motors climbed 3.37 per cent. Stocks of realty companies caught buyers' fancy after Prime Minister Narendra Modi on December 31 announced that loans of up to Rs 9 lakh taken in the new year under the new

scheme of Pradhan Mantri Awas Yojana will receive interest subvention of 4 per cent and loan of up to Rs 12 lakh will get a 3 per cent waiver.

Stocks of state-run oil marketing companies such HPCL, BPCL and IOC ended higher by up to 1.78 per cent following hike in fuel prices. Sectorally, the BSE banking sector index suffered the most by falling 1.18 per cent, followed by IT (0.33 per cent) and technology (0.15 per cent), while realty rose (4.32 per cent) and auto was up (1.95 per cent).