Domestic market, however, will continue to be volatile ahead of the interim budget which will be announced on Friday, traders said. 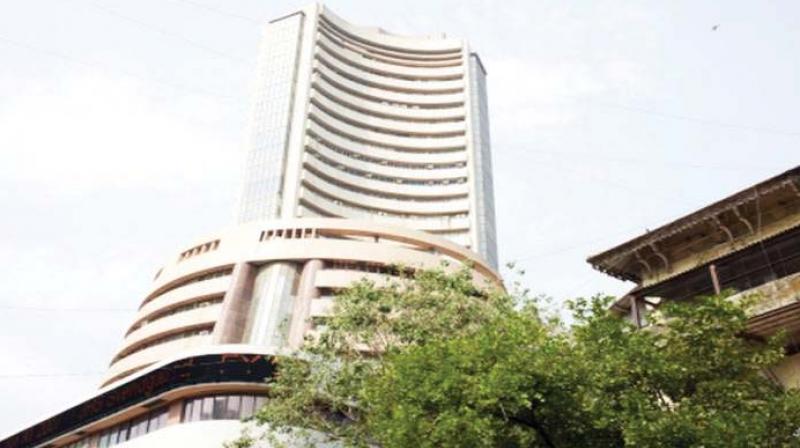 Mumbai: The BSE benchmark Sensex Friday jumped over 100 points ahead of the Budget presentation by finance minister Piyush Goyal amid heavy buying by foreign portfolio investors.

Vedanta was the biggest loser on Sensex, cracking over 18 per cent after the metals and mining giant Thursday reported a 25.54 per cent decline in consolidated net profit at Rs 1,574 crore for the December 2018 quarter, on the back of higher expenses and drop in commodity prices.

Other losers include PowerGrid, ONGC, Axis Bank, Kotak Bank and Sun Pharma, shedding up to 1.14 per cent.

According to Hemang Jani, Head - Advisory at Sharekhan by BNP Paribas, the government might look to boost the rural and agri sector ahead of the general election. “Expect the government to go in for a populist Budget; however, market participants will closely weigh in the risk of a higher fiscal deficit and its impact on the market,” he said.

A looming election and aggressive opposition only adds to the pressure to deliver a meaningful relief package, he said; adding that, should the Budget disappoint, investors’ attention is likely to revert to concerns centred around slowing growth and elections.

Domestic market, however, will continue to be volatile ahead of the interim budget which will be announced on Friday, traders said.

Elsewhere in Asia, Shanghai Composite Index jumped 0.77 per cent, Kospi gained 0.22 per cent, and Japan’s Nikkei was up 0.24 per cent; while, Hong Kong’s Hang Seng slipped 0.21 per cent in early trade.

The rupee, meanwhile, was depreciated by 8 paise against US dollar to 71.16.

The benchmark Brent crude futures were flat at USD 60.86 per barrel.