Jaguar F-Pace Launched In India With A Grand Event

Jaguar Land Rover has been popular for the grand events they organise to mark the launch of their new cars.

Jaguar Land Rover has been popular for the grand events they organise to mark the launch of their new cars. The new XF's global debut was done by driving it over 34mm diameter wires, suspended over the river Thames in southern England. The F-pace also registered itself in Guinness book of world records by performing a 360-degree ‘loop-the-loop’ to mark its launch. Now, when it came to F-Pace’s India debut in Mumbai on Thursday it certainly had to be something special.

The event was held at Marine Drive and involved everything from artwork to racy theatrics. The highlight was an 18-metre tall ‘Beacon’ designed by renowned sculptor Arzan Khambhatta. Driving the Jaguar F-Pace up the ramp at the base of the beacon was popular Indian racecar driver Narain Karthikeyan. The ramp itself was perched at 4.5 metres above the ground and at an angle of 20 degrees. The backdrop to the entire event was a live performance by none other than celebrated singer Shankar Mahadevan, while the beacon itself lit up with lights and projections to add to the drama. 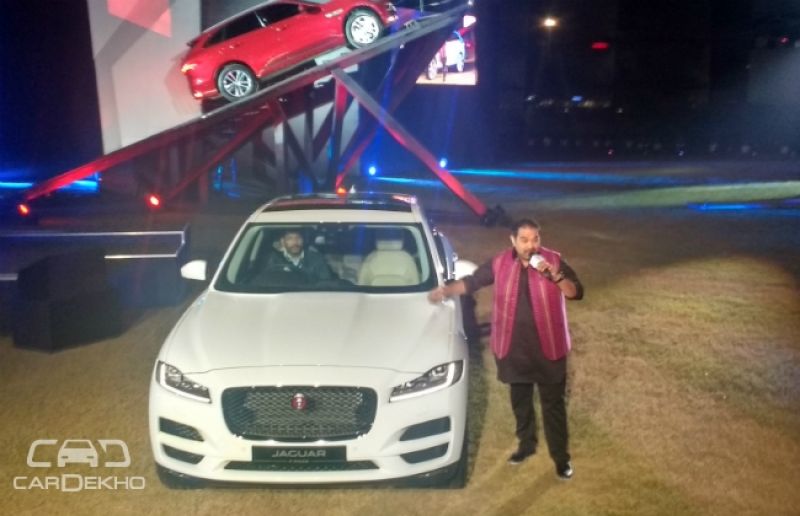 Coming back to the car, it is the first SUV to be offered by the British carmaker and will come only as a diesel. However, customers do have an option of choosing between the 2.0-litre 4-cylinder turbocharged Ingenium mill and 3.0-litre V6 turbocharged motor. While the former churns out 179.5PS of power, the latter is good for no less than 300.5 horses and 700Nm.

Given the popularity of premium SUVs in India, it comes as no surprise that Jaguar would go all-out to grab as much attention as possible with what they have on offer. And for now, they've succeeded in doing just that.

Will the car succeed on the sales charts too Only time will tell!