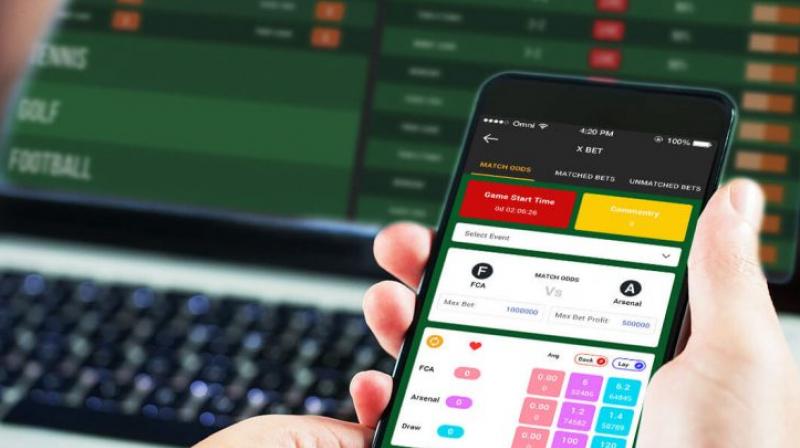 New Delhi: The Enforcement Directorate has registered a money laundering case against companies which allegedly ran numerous Chinese betting apps and websites in India, and moved crores of funds across the shores by using "lax regulatory" mechanism of online wallets, according to a statement.

This is the second action of a central probe agency against Chinese entities operating in the country. The Income Tax Department had early this month raided a Chinese national and his Indian associates for allegedly running a hawala racket using shell firms.

The ED said searches were carried out at 15 locations in Delhi, Gurgaon, Mumbai and Pune on Friday under sections of the Prevention of Money Laundering Act (PMLA).

"Searches were conducted on the registered offices of the companies, their directors and chartered accountants involved in illegally running online betting apps from websites which are hosted from outside India," it said on Saturday.

The money laundering case is based on an FIR filed by the Telangana Police in Hyderabad against the accused early this year under various sections of the IPC and the Telangana State Gambling Act, the Prize Chits and the Money Circulation Scheme Act, it said.

Those arrested were identified as Yan Hao, the Chinese national, Dhiraj Sarkar and Ankit Kapoor.

The ED said these men were adopting a "novel modus operandi for doing online betting scam".

The probe found that "with the help of some Indian chartered accountants, some Chinese nationals floated multiple Indian companies, it said.

"Initially dummy Indian directors were used to incorporate the companies and after some time Chinese nationals travelled to India and took directorship in these companies," the ED said.

The agency said it found that some locals were hired and "used to open bank accounts with HSBC Bank and trade accounts with online wallets namely Paytm, Cashfree, Razorpay, etc."

The agency alleged that these "online wallets had lax due diligence mechanisms and their non-reporting of suspicious transactions to the regulatory authorities helped the accused companies to launch pan-India operations".

The ED said it suspects that "apart from indulging in banned activities like online betting, this network of companies with their reliance on online wallets and their lax regulatory systems could have been used for hawala transactions as well".

"Account analysis of Linkyun Technolgy revealed a similar pattern. It was also found that outward foreign remittances to the extent of Rs 120 crore (was made) from these accounts," it added.

Talking about the modus operandi, it said once bank accounts were opened, the "internet access credentials were couriered by the Indian employees to China" and major payment instructions came from the beneficial owners who were safely ensconced in China, it said.

"Accused companies floated large numbers of similar looking websites which were hosted through Cloudfare, USA. These websites attracted gullible persons to become members and to place bets on various online apps which promised attractive rewards on simple games of chance," it said.

The agency said these entities hired a network of agents to attract new customers for these betting games.

"These agents created closed Telegram and WhatsApp groups and attracted lakhs of gullible Indians. Referral codes were used to privately invite new members. This also helped the sponsoring member to earn commission. Paytm and Cashfree were used to collect money and pay commission to all these agent members," it said.

Hundreds of websites were created to promote online betting under the garb of e-commerce, it said.

The ED found that all such websites were "not activated daily". Some were activated for placing bets and information on daily active websites was shared with members using Telegram groups, the statement said.

The agency said the probe in the case is still underway and it is in the "process of obtaining information from online wallet companies, HSBC Bank, ROC.