Business   In Other News  30 Aug 2017  Cabinet clears Ordinance to allow hike in GST cess on cars
Business, In Other News

Highest pre-GST tax incidence on motor vehicles worked out to about 52-54.72 per cent, to which 2.5 per cent. 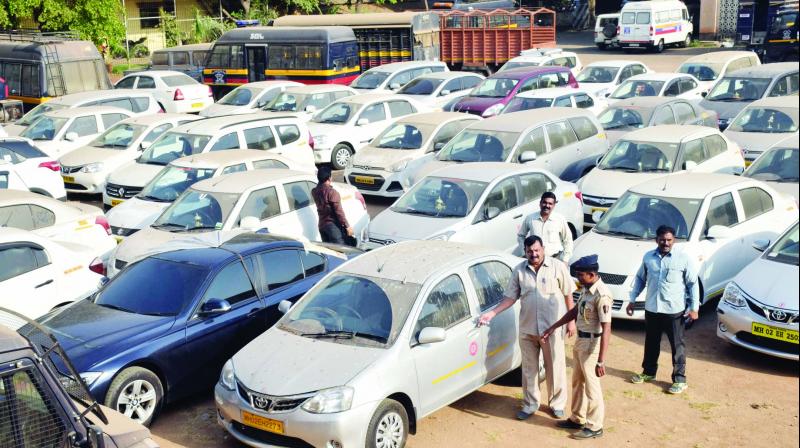 The proposal before the Cabinet was to hike the cess rate on these cars to 25 per cent. (Photo: Deepak Kurkunde)

New Delhi: The Cabinet on Wednesday cleared promulgation of an Ordinance to increase the cess on mid-size, large cars and SUVs from current 15 per cent under the new GST regime. The proposal before the Cabinet was to hike the cess rate on these cars to 25 per cent.

"The proposal of imposition of higher cess has been cleared," a source said after the Cabinet meeting. The GST Council had on August 5 approved raising cess on SUVs, mid-size, large and luxury cars that had become cheaper post GST rollout on July 1.

But raising the cess requires an amendment to the Schedule of section 8 of the GST (Compensation to a State) Act, 2017. The highest pre-GST tax incidence on motor vehicles worked out to about 52-54.72 per cent, to which 2.5 per cent was added on account of Central Sales Tax, octroi etc.

Against this, post-GST the total tax incidence came to 43 per cent. So, to take the tax incidence to pre-GST level, the highest compensation cess rate required is 25 per cent.

Prices of most SUVs were cut between Rs 1.1 -3 lakh following the implementation of GST, which subsumed over a dozen central and state levies like excise duty, service tax, and VAT from July 1. With the increase in cess, the cuts will be reversed.

Under GST, a cess was levied on demerit goods like cars, tobacco, and coal to create a corpus for compensating states for any loss of revenue from their taxes like VAT being unified with central levies like excise duty and service tax in the GST. Cars attract the top tax rate of 28 per cent. On top of this, a cess of 1 to 15 per cent is levied for the creation of the state compensation corpus.

The GST Council, the apex tax rate setting body under the Goods and Services Tax (GST) regime, may in its next meeting on September 9 decide on the date when the increased cess will be applicable.