The government is talking about bad banks for the resolution of stressed assets in the system. 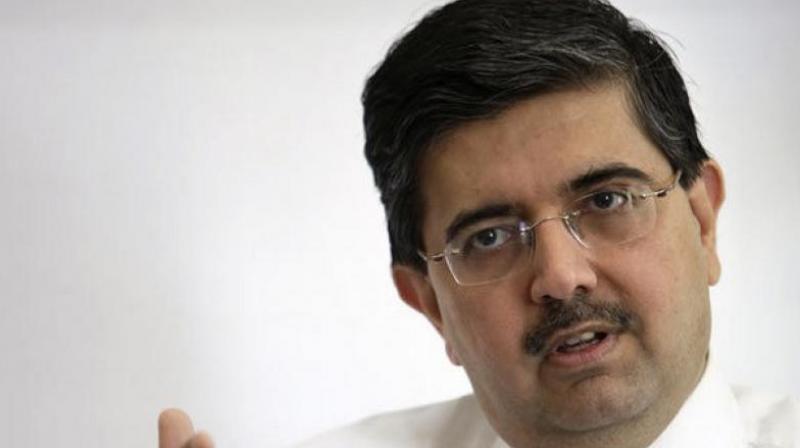 Mumbai: Stating that the private sector has a significant role to play in the resolution of stressed assets in the banking sector, Uday Kotak, managing director of Kotak Mahindra Bank on Wednesday said the proposal to create a bad bank is a good idea and his bank is seeing a huge long-term opportunity to reshape the Indian financial services sector.

The government is talking about bad banks for the resolution of stressed assets in the system.

“According to me, we need atleaset 2-3 large well-capitalised bad banks. Since the existing asset reconstruction companies are horribly undercapitalised, private sector has a huge role to play and we are ready to bring in strategic capital and strategic management as and when it requires,” Mr Kotak said while announcing the launch of ‘811’, a completely digital and paperless account opening system that enables an individual to open a bank account anywhere, anytime within just five minutes through Aadhaar based OTP authentication process.

The Economic Survey 2016-17 tabled in Parliament has proposed the creation of a public sector asset rehabilitation agency (PARA) to resolve large and complex cases.

After the last monetary policy meeting, RBI deputy governor Viral Acharya said the central bank is open to all solutions including setting up a bad bank for speedier resolution of non-performing loans.