The programme, as announced by the Congress, guarantees Rs 12,000 per month in income to the poor. 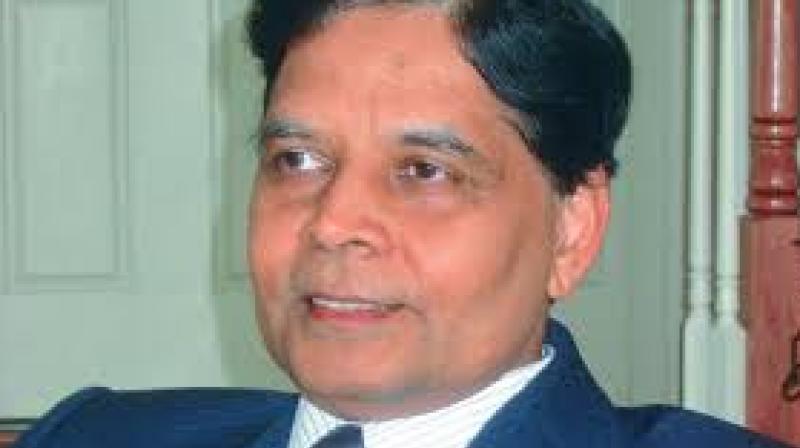 Washington: Former NITI Aayog Vice Chairman Arvind Panagariya has said the implementation of the Congress Party's ambitious 'Nyay' scheme not only poses a "fiscal challenge" to India's economy but also has a "serious incentive problem".

Panagariya, who served as the first Vice Chairman of NITI Aayog for two years from 2015 to 2017, told PTI that 'Nyay' is difficult to implement and unlikely to achieve its intended objective.

Commenting on the scheme, Panagariya said the transfer is meant to be Rs 6,000 per month per family to 50 million families and at the same time, it also guarantees an income of Rs 12,000 per month to these families.

Interpreted this way, "there is a serious incentive problem with the scheme", Panagariya asserted.

"If the scheme is meant to transfer flat Rs 6,000 per month to identified families regardless of the family's earned income, you cannot deliver Rs 12,000 per month to families earning less than Rs 6,000," he asserted.

The programme, as announced by the Congress, guarantees Rs 12,000 per month in income to the poor, which is Rs 144,000 per year, he said, explaining the fairness issue.

"Now think of someone not covered by the scheme and earning Rs 300,000 per year. This family will have to pay Rs 2,500 in taxes (currently covered by a tax credit but in principle taxable). How fair is this to those working?

"Moreover, taxpayers are all in urban areas and dole recipients all in rural areas. Will this not open a serious rural-urban schism? " he asked.

Then there is the question of fiscal challenge, he said.

If Rs 12,000 per month per household is to be guaranteed to bottom 20 per cent of the population, even the average Rs 6,000 per family will be insufficient, he argued.

"But let us set that problem aside. Can we scrape Rs 3.6 trillion per year (calculated at Rs 6,000 per family for 50 million households)? There is no chance.

"It is 13 per cent of the proposed total central government expenditure in budget 2019-20," Panagariya said.