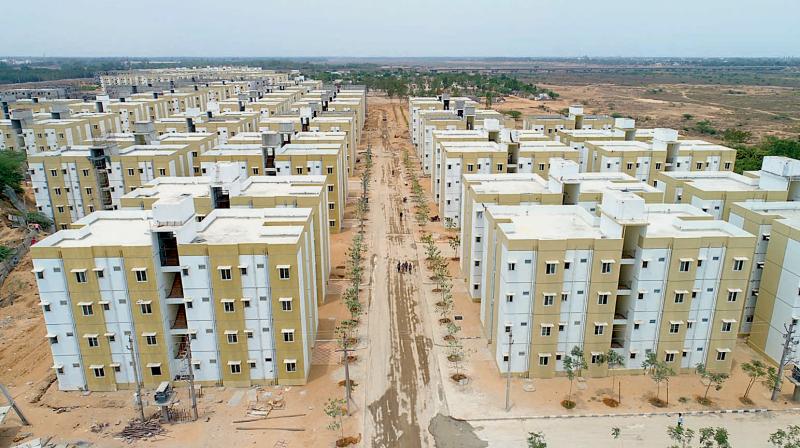 According to the data, housing sales declined maximum 86 per cent 1,099 units in Hyderabad during April-June 2020, as against 8,122 units in the year-ago period.

Sales in Ahmedabad dipped 83 per cent to 1,181 units in April-June this year, compared to 6,784 units in the same period last year.

The National Capital Region (NCR) witnessed 81 per cent decline in sales to 1,886 units in April-June, over 9,759 units in the year-ago period.

"The current pandemic is an unprecedented Black Swan event that is expected to contract growth in the global economy, including that of India. As anticipated, demand was adversely impacted due to economic uncertainty combined with growing unemployment," Mani Rangarajan, Group COO of Housing.com, Makaan.com & PropTiger.com.

Asked about the sales outlook for the full calendar year, he hoped demand to be better in the second half of 2020 but declined to give any estimate.

Ankita Sood, Head of Research at PropTiger, Makaan and Housing.com, said sales were badly impacted during the April-June quarter due to lockdown and economic uncertainties.

Housing demand will only improve going forward, she said.