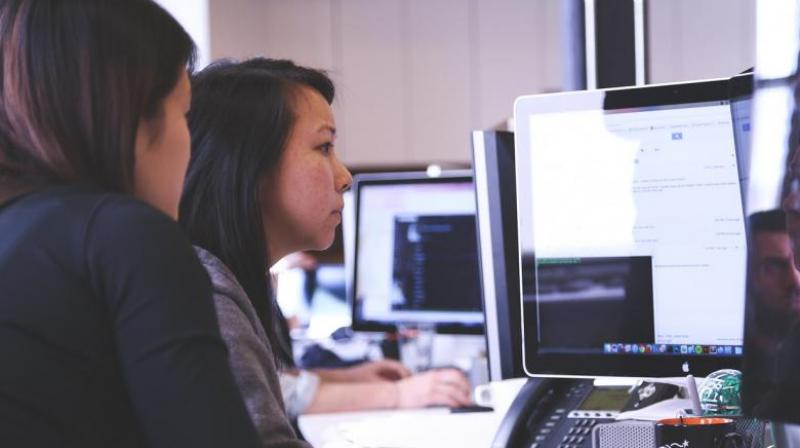 Women are increasingly dropping out of the labour force in India. According to a report by State Bank of India's (SBI) Economic Research Department, there has been a drop in about 10 percentage points among women workers from 2004-05 to 2011-12.

New Delhi: Women are increasingly dropping out of the labour force in India. According to a report by State Bank of India's (SBI) Economic Research Department, there has been a drop in about 10 percentage points among women workers from 2004-05 to 2011-12.

"The data from various NSSO rounds shows that in recent years the Labour Force Participation Rate (LFPR) has declined across socio-religious groups, irrespective of marital status and presence of the number of children in the house.In India, though the LFPR of men and women declined in 2011-12 over 2004-05, the decline was more pronounced in the case of women labour (more than 10 percentage points)...In India, gender inequalities in education and employment have severely curtailed the productive capabilities of women despite the principle of gender equality being enshrined in the Indian Constitution," the report, authored by Dr. Soumya Kanti Ghosh, Group Chief Economic Adviser of SBI, said.

The report said that there are a number of factors that determine the LFPR of women in India and among them are their marital status, social background, education, number of children in a household.

"Declining LFPR of women is a concern across all countries and India is no exception. However, when we compare India's women LFPR vis-a-vis a few economies we find that in all the countries under our sample the women LFPR is improving in 2016 over 2000 for all age groups. This is most impressive in the Japan, where the ageing population is currently posing a severe threat to the overall LFPR. However, in India, the trend is reversed as women LFPR declined in 2012 over 2000 in almost all age-groups. Interestingly, increasing access to education with addressing dropout rates by girls at the higher school levels is another way to increase women's workforce participation. It is possible that in Indian context more girls are now going back to schools and hence a decline in LFPR," the report said.

It gave a case study of Japan wherein 2013 during a meeting with the heads of business associations, Japanese Prime Minister Shinzo Abe urged them to allow a three-year childcare leave for female employees. About a year later, Abe asked business leaders to appoint at least one female executive officer at each company.

"The latest data now shows that 53 per cent of Japanese women continue to work after childbirth. The trend is positive as this is the first time the figure has exceeded 50 per cent and means the number of working mothers is rising," the SBI report said.

It added that Japan has also passed a few laws to improve women participation. This includes having companies to set numerical targets and formulate action plans, which are reported to the government and disclosed publicly. Japanese government monitors these companies through information disclosure like newly-hired female employees, salaries, working hours etc and certifies the private sector that makes a good practice.

"Though the exact replication of the laws are not possible in India, as India is a labour surplus country, we can implement a system of rewarding employers with ratings/certifications that have a system of promoting gender equality at workplace," the report suggested while adding that a public disclosure by reputed companies in annual reports of women employees can be a good starting point.

And since women in Indian households are default care provider for children, old people, and sick persons, there is a higher need of having certification courses for a child and geriatric care which can help them get better prepared for the labour market.