Business   In Other News  28 Apr 2018  India, China likely to go for joint economic project with Afghanistan
Business, In Other News

Both nations can also cooperate and unite together in a third country should the need arise. 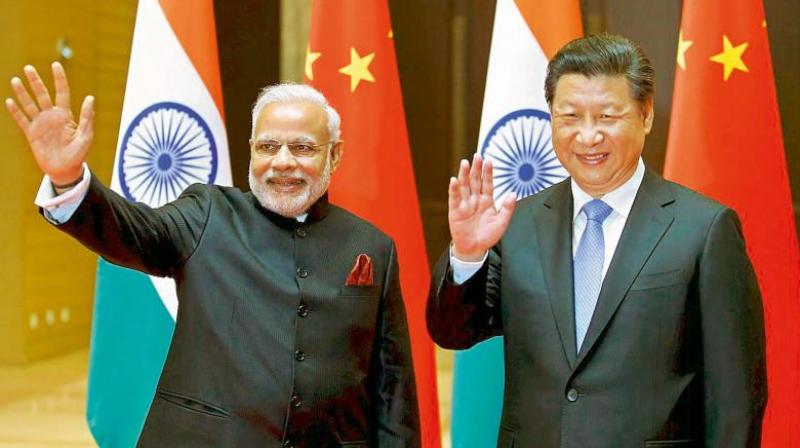 India and China are likely to go in for a joint economic project with Afghanistan.

Wuhan: In what can be considered a big jolt for Pakistan, India and China are likely to go in for a joint economic project with Afghanistan.

According to sources, Prime Minister Narendra Modi and Chinese President Xi Jinping have agreed to work together on an economic project in Afghanistan to show that both nations can also cooperate and unite together in a third country should the need arise.

It is now well known that New Delhi and Beijing are keen to put the developments that took place in 2017 behind them and seek common ground wherever possible.

Prior to the Wuhan summit, Beijing had invited Indian officials who deal with Afghanistan and had reportedly proposed both sides getting involved in a joint development project.

This development suggests that China is unwilling to have its options cramped by Pakistan's reservations about India's role in Afghanistan.

Several web site-related reports have said that both India and China have their respective reasons for forging a broad-based regional approach towards stabilizing Afghanistan.

India has pledged over USD two billion on a wide array of reconstruction projects that range from building roads and dams to constructing the building of the Afghan parliament and a slew of grassroots projects.

New Delhi has significant economic and strategic involvement in Afghanistan. From an economic perspective, India sees Afghanistan as a bridge to Central Asia and a potential hub of regional prosperity.

From a strategic an security perspective, Kabul is important for India to help neutralize the impact of terrorist networks, suspected to be supported by Pakistan, and operating from there as well as Afghanistan.

China is also keen to quell the dominance of the Taliban-allied militant networks. India has been advocating a regional approach and the continued international assistance as it fears a Taliban takeover will lead to the installation of a hostile regime in Kabul which will be remote-controlled by Pakistan's ISI-military establishment. This regional approach is now finding more support.

Prime Minister Modi and Chinese President Xi Jinping are due to conclude their unprecedented informal summit in a short while from now; seen as an effort on the part of India and China to rebuild trust and improve bilateral ties that were hit by last year's Dokalam standoff.

Both leaders also talked about the importance of a balanced and sustainable trade ties between India, China. They discussed at length over how to promote culture and greater people-to-people connect between two nations.

Earlier in the day, Prime Minister Modi and Chinese President Xi walked together along the banks of the picturesque East Lake and followed it up with a boat ride.

This two day "informal summit" between India and China focused on terrorism, climate change and developing a mutually beneficial relationship between both countries.