Of the investment in projects, the central government has sanctioned 26 per cent funds, but released only 10 per cent. 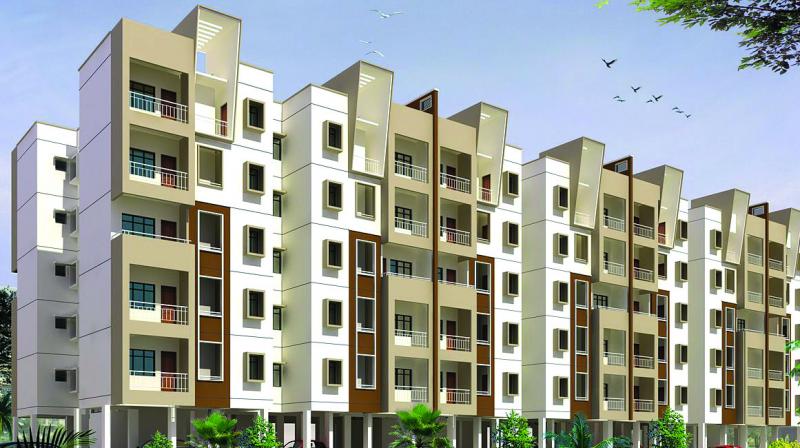 As for financial assistance to the scheme, of the Rs 6.16 lakh crore investment in PMAY(U) projects, the Centre has sanctioned Rs 1.63 lakh crore, but has released only Rs 64,000 crore.

Chennai: Six years since its launch, the government’s flagship Pradhan Mantri Awas Yojana (Urban), a programme to provide "Housing for All" by the year 2022, has met with limited success with only 31 per cent of the sanctioned houses getting completed and 27 per cent occupied. Of the investment in projects, the central government has sanctioned 26 per cent funds, but released only 10 per cent.

Under the PMAY(U), the central government has sanctioned 1.03 crore houses since 2014. Of this, 60.51 lakh houses, or 58.7 per cent, of the sanctioned houses, have been grounded for construction, as per the Ministry of Housing and Urban Affairs data. Of these sanctioned houses, construction of a meagre 31 per cent, or 32.07 lakh houses, have been completed. Of this, only 28.61 lakh houses have been occupied. This also included incomplete houses of the earlier Jawaharlal Nehru National Urban Renewal Mission.

As for financial assistance to the scheme, of the Rs 6.16 lakh crore investment in PMAY(U) projects, the Centre has sanctioned Rs 1.63 lakh crore, but has released only Rs 64,000 crore.

House completion velocity under PMAY-U has been slower than initially envisaged, finds Icra. Low budgetary allocations and high reliance on non-budgetary funding sources have been some of the reasons behind the slower implementation of PMAY-U.

Moreover, given that a considerable part of the affordable housing being developed in the urban segment is under public-private partnership models, in which the construction of the associated project phases and common infrastructure typically takes around two-three years, the recording of house completions has remained low during the initial years of such projects, according to Icra.

“For successful and timely implementation of the mission, the overall ecosystem for project execution, particularly in terms of land availability and project approvals, needs to be strengthened and access to credit facilities eased,” said Shubham Jain, group head and senior vice president,  corporate ratings, Icra.

The mission also has witnessed varying levels of progress from state-to-state, with the states of Andhra Pradesh, Uttar Pradesh, Madhya Pradesh and West Bengal achieving significantly higher house completions than other states.

Experts find that further impetus will be required to achieve PMAY’s overall mission goals in a time-bound manner. These would mainly relate to release of idle government land to address the issue of land availability, especially near urban centers, development of social infrastructure and connectivity for peripheral land parcels, expedited clearance and approval process to further encourage private sector participation and eased availability of funding for project finance.