Business   In Other News  27 Dec 2017  DoT suggests cutting GST on telecom services to 12 pc: Sinha
Business, In Other News 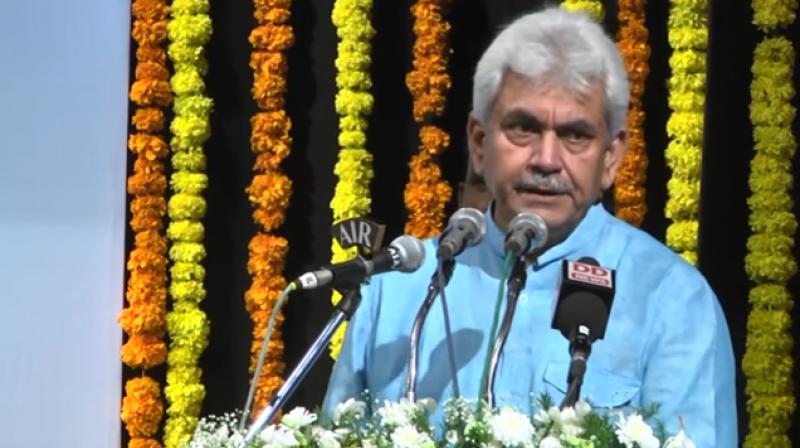 New Delhi: The Telecom Department has suggested the Finance Ministry that GST for telecom services be lowered to 12 per cent against the existing 18 per cent, Parliament was informed on Wednesday.

The recommendation was made during the process of the Budget exercise, and the matter is with the Department of Revenue under Ministry of Finance for necessary action, Telecom Minister Manoj Sinha said in a written reply to Lok Sabha.

"...the DoT (Department of Telecom)...dated 01.12.2017 had recommended to the Department of Revenue during the process of the Budget exercise that a standard rate of GST at 12 per cent for telecom service should be fixed in place of existing 18 per cent," the minister said.

Sinha noted that the Telecom Regulatory Authority of India (TRAI) had favoured reduction of licence fee and Universal Service Obligation levy, cut in Spectrum Usage Charges and relaxation in spectrum pay-out terms, in view of the debt burden on telecom companies.

TRAI felt that a favourable consideration of the matter would help reduce financial stress of telecom players and enable them to offer affordable and quality services to consumers.

"The issues are under examination," Sinha said.

TRAI also found merit in demand of telcos pertaining to reduction in GST rate as well as treating telecom sector as core infrastructure.

To a separate but related question on the debt of telcos, Sinha said Interministerial Group (tasked to review the financial difficulties of the sector) was of the view that while there were pockets of financial stress, the entire sector could not be described as being in financial difficulty.

This is because debt, capital structure and cash flows and hence repayment capability varied from company to company.

The interministerial group report has recommended giving one-time opportunity to telcos to opt for more number of instalments (16 instead of the current 10) for payment of spectrum, and the matter needs further approval by the Cabinet, he added.

The high-powered Group has also proposed amendment to spectrum trading guidelines, saying that the telecom department should issue clarification that only gain or profit from spectrum trade will form part of revenue for the purpose of calculation of Adjusted Gross Revenue (AGR).

Other recommendations include easing the interest rate on delayed payment of license fee and spectrum usage charges and harmonisation of spectrum in 2300 MHz and other bands on a priority. It has also suggested that approach to fixing reserve price for spectrum should be reviewed in sync with global best practices.

"Action for obtaining necessary approvals is underway, including consultations with TRAI and other government departments," Sinha added.