Business   In Other News  27 Aug 2018  3 Nirav Modi-linked US firms 'directly involved' in bank fraud: report
Business, In Other News 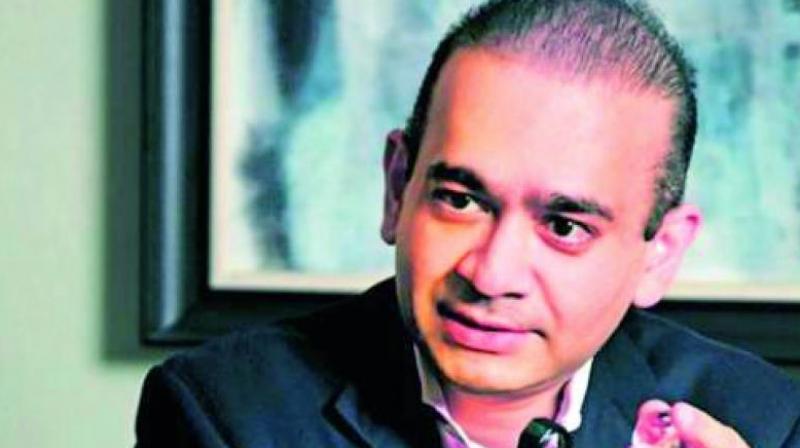 New Delhi: Three American companies are directly involved in multibillion-dollar international fraud transactions linked to Nirav Modi, according to an investigation by the court-appointed examiner that was filed on Saturday.

The Firestar Diamond Inc, Fantasy Inc and A Jaffe Inc directly involved in the fraud made by Nirav Modi firm according to US Court examiner John J Carney in its investigation.

The US court in its investigation also finds that Firestar Chief Executive Officer Mihir Bhansali and A Jaffe CFO Ajay Gandhi were involved in fraudulent transactions.

According to a report, the 120 days investigation found enough proof to support the allegation made by Indian officials that the Nirav Modi firm, foreign companies, and their top officials were involved in the fraud.

The investigation by the examiner John J Carney in the US court will likely support India's case against the fugitive diamond merchant Nirav Modi. UK authorities have confirmed to India that Nirav Modi has been located in the UK and have asked India for necessary documents to make a provisional arrest.

The trustee in the bankruptcy case, Richard Levin on Sunday applauds the hard work of the examiner John J Carney and said the report will be reviewed "in depth to determine what action is warranted."

On 14 February, Punjab National Bank said it has detected a fraud worth USD 1.7 billion perpetrated by Nirav Modi and Mehul Choksi using fake PNB letters of undertaking (LoUs). Both the accused had left India a month before the scam came to light.