Business   In Other News  27 Jul 2019  GST Council trims rate on electric vehicles, chargers to 5 per cent
Business, In Other News 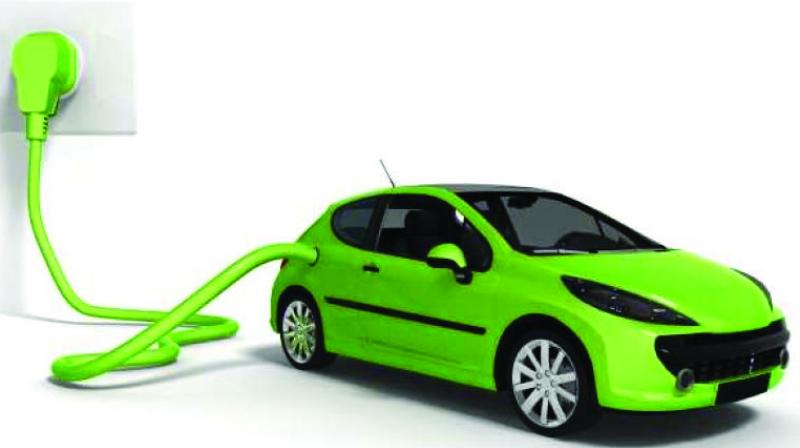 New Delhi: The high-powered GST Council on Saturday decided to reduce the tax rate on electric vehicles (EVs) to 5 per cent from the existing 12 per cent, a move aimed at accelerating the adoption of eco-friendly mobility solutions.

The new Goods and Services Tax (GST) rate on EVs will be effective from August 1, the finance ministry said in a statement after the 36th meeting of the GST Council.

The council also approved GST exemption for hiring of electric buses (of carrying capacity of more than 12 passengers) by local authorities from August 1, the statement said.

The meeting, chaired by Finance Minister Nirmala Sitharaman, was held via video conferencing. The GST Council, headed by the union finance minister, has state finance ministers as members. It also took certain decisions regarding changes in GST law.

The last date for filing of intimation, in Form GST CMP-02, for availing the option of payment of tax (by exclusive supplier of services) has been extended from July 31 to September 30, the statement added.

Further, the last date for furnishing statement containing the details of the self-assessed tax in Form GST CMP-08 for the June quarter (by taxpayers under composition scheme) has been extended to August 31. The earlier deadline was July 31.

The central government has been taking initiative to popularise environment friendly electric vehicles. In the Union Buget 2019-20, the government provided additional income tax deduction of Rs 1.5 lakh on the interest paid on loans taken to purchase EVs.

Besides, customs duty has been exempted on certain parts of EVs to further incentivise e-mobility in the country.

The Society of Manufacturers of Electric Vehicles (SMEV) on Saturday welcomed the reduction of GST on electric vehicles to 5 per cent, saying it is in line with the government's steps to promote eco-friendly mobility, even as it sought a similar cut in spare batteries.

SMEV Director General Sohinder Gill said with the reduction in GST, the gap between prices of EVs and internal combustion engine vehicles will also be reduced and will thus play a part in faster adoption of electric mobility.

"The government is lately showing very clear intentions of promoting EVs and GST reduction is one such measure in line with the series of actions taken by the government in the last few months," Gill said in a statement.

"We welcome the 7 per cent reduction in GST as it will reduce the gap between the EVs and the IC Engine vehicles," he added.

Gill said if FAME-II was a dampener, the GST reduction is certainly a bright spot in the national EV policy.

"The EV industry now awaits the corresponding reduction of the 18 per cent GST in the spares batteries as it will help maintain the low running cost of EVs over their lifetime," he said.

The high-powered GST Council on Saturday decided to reduce the tax rate on electric vehicles (EVs) to 5 per cent from the existing 12 per cent, effective from August 1. It also slashed the Goods and Services Tax (GST) on EV chargers from 18 per cent to 5 per cent.