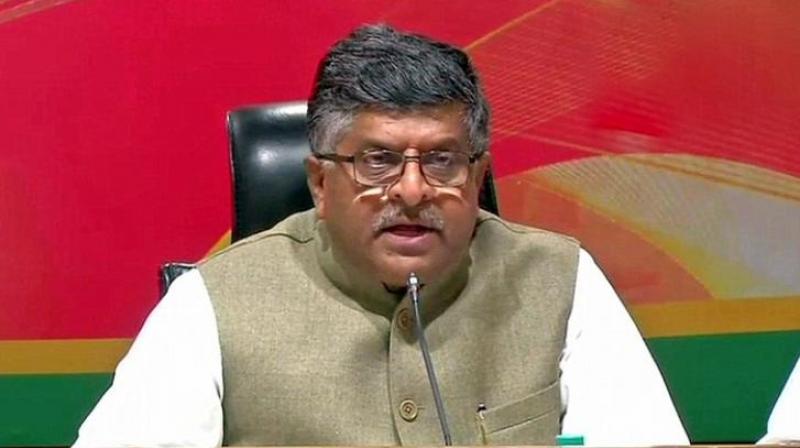 The Indian mobile manufacturing industry is expected to touch Rs 1,32,000 crores by the end of 2018, Union Minister, of Electronics and Information Technology Ravi Shankar Prasad said on Thursday.

New Delhi: The Indian mobile manufacturing industry is expected to touch Rs 1,32,000 crores by the end of 2018, Union Minister, of Electronics and Information Technology Ravi Shankar Prasad said on Thursday.

In terms of volume, in 2014, India produced five crore mobile phone made locally in India which reached 15 crores in 2015-16. In 2017 the Indian mobile manufacturing industry produced 22 million mobile phones. By 2020, the minister said this number would touch 50 million.

"On top of that these industries employ five lakh people," he added.

With India being regarded as the world's third-largest start-up community after USA and England, Prasad said MeiTY is working in mission mode to make India's digital sector a USD 1 trillion economy in the next five years, with a potential to create 50 to 70 lakh new jobs.

Prasad opined that the BPO industry should move to small towns where overhead costs are less compared to big cities. He further said about 86 new BPOs are operating in 27 states excluding digitally rich areas. BPO centers have already come up in Patna and Muzaffarpur, while such centers would soon be opened in smaller cities like Ghazipur, Jahanabad, and Gaya, he said.

"The government will give a grant of Rs. 5 crore to start-ups doing innovation in the field of cybersecurity and healthcare," he added.

The minister also mentioned the increasing adoption of the Umang (Unified Mobile Application for New-age Governance) app and the Bharat Interface for Money (BHIM) app that enables secure cashless payments through mobile phones.