Karnataka is the only state to witness high import during FY19 despite having availability of enough material domestically. 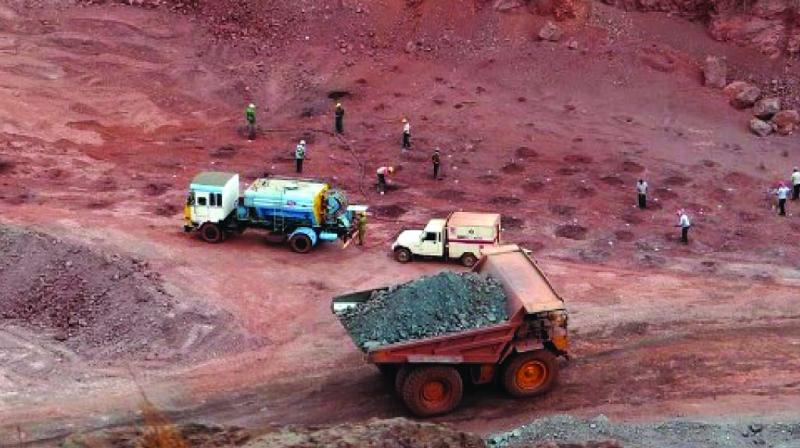 The piling-up of unsold ire ore inventories in Karnataka has the state's miners and mine-dependent people worried.

New Delhi: The piling-up of unsold ire ore inventories in Karnataka has the state's miners and mine-dependent people worried. They blame import of costlier ore by steel companies, allegedly to hammer local ore prices, and restrictions placed on e-auctions for their current plight. Imports are reportedly being done at a much higher price compared to the state ore prices.

"Karnataka is the only state to witness high import during FY19 despite having availability of enough material domestically. Miners have already started facing the turmoil of unsold inventory as a result of imports, which is coming at a much higher price as compared to Karnataka ore prices," a leading state miner told Financial Chronicle.

"Iron ore import is not only a threat to miners but also to the state exchequer. Such action will eventually lead to stoppage of production and unemployment," he said.

However, considering the start of production at 'C' category mines in Karnataka in FY20, "We are hopeful that the steel players will start consuming the ore that is available domestically," he added.

According to a source, steel mills are buying expensive imported ore to beat down iron ore prices in the medium-term. As the inventory level goes up, the reserve price in e-auction will go down. So this is a tactic to artificially beat down the price, the source said.

The process of e-auction, restricted to end-users, is causing loss to the state's exchequer and putting pressure on domestic miners, said a mining expert.

"If loss from suppressed iron ore prices due to unnecessary imports is factored in, the total loss to the exchequer on fines sold is Rs 580 crore," he said.

On Monday, over 6,000 mining dependents, led by the Karnataka Gani Avalambithara Vedike (KGAV), protested against the mining ban in the state, which has led to large-scale job losses. The KGAV also submitted its memorandum to the state's Chief Secretary, demanding security of livelihood for iron ore mining dependents.