Business   In Other News  27 Feb 2019  Reduced tax rate for real estate to bolster consumer sentiments: ICRA
Business, In Other News

GST Council in its meeting recommended reduction in GST rate on under-construction residential properties to 1 per cent. 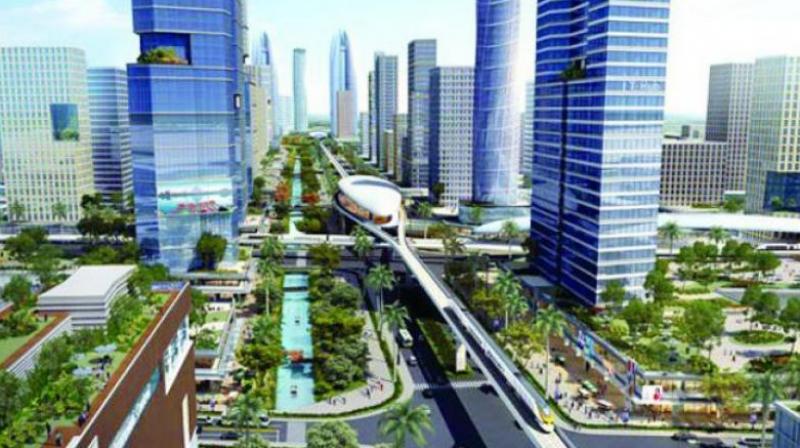 These rates will be without input tax credit availability for the developer. (Representational Image)

New Delhi: Credit rating agency ICRA said on Tuesday that lower GST rates for under-construction residential properties are expected to improve customer sentiment but removal of input tax credit may create short term disruption in sales and collections from ongoing projects in the near term.

“The earlier GST rates of 8 per cent and 12 per cent were a dampener for customer buying sentiment during under-construction stage considering the high value of such transactions, leading to increased preference for completed properties," said Mathew Kurian, Assistant Vice President at ICRA.

"The revised rates are expected to revive customer interest in under-construction properties. However, in the near term, sales and collections in launched projects are likely to be disrupted by the change in tax computation method, as witnessed during the initial implementation of GST in July 2017.”

As per ICRA’s estimates, assuming an 18 per cent input tax incidence and cost of construction of Rs 2,000 to 2,500 per square feet, if developers are to pass on the increase in cost entirely to customers, there may be an effective increase in total outflow for customers where sale price is up to Rs 6,000 to 7,000 per square feet.

For projects priced higher than this level, due to the inherent valuation of land being higher, the increase in input costs will be more than compensated by the reduction in GST payable, which is calculated on the entire sale consideration including implied land value. Thus, customers in such segments are likely to benefit significantly from the reduction in rates.

“As the shift to the new rates happens, managing customer expectations on the revised pricing in ongoing projects where base price under earlier rates have already been announced will be a key challenge for developers, especially at the lower ticket sizes. However, over the long term, a lower headline GST rate is likely to provide a boost for consumer sentiment and support

sales during construction stage as the perceived differential on tax rates between the segments will narrow,” said Kurian.

These rates will be without input tax credit availability for the developer. Affordable housing has been defined as a house or flat having a value of up to Rs 45 lakh and carpet area of up to 60 square metres (646 square feet) in metro cities (Delhi NCR, Mumbai, Chennai, Kolkata, Bengaluru, Hyderabad) and 90 square metres (969 square feet) elsewhere.