Business   In Other News  27 Jan 2020  George Soros unveils a billion dollar fund against resurgent nationalism
Business, In Other News

Soros pledged one billion dollars for a new university network project to fight the erosion of civil society. 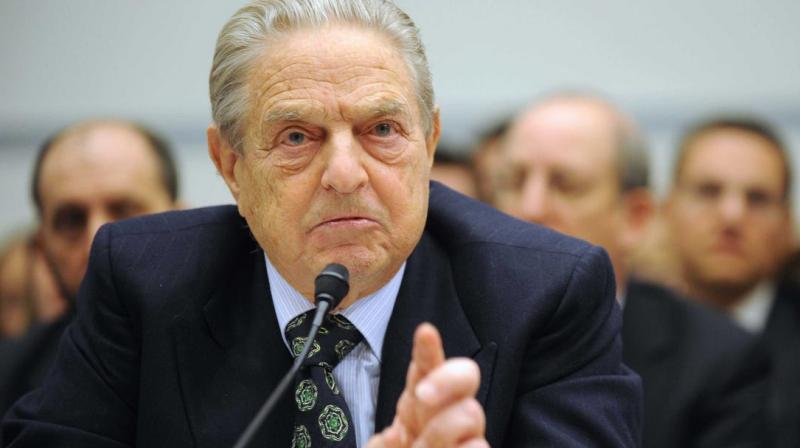 Detroit: The billionaire investor George Soros said on Thursday that the rise of nationalism in India is the biggest enemy of open society. While speaking in the World Economic Forum in Davos, said nationalism was making further headway around the world and the “biggest and most frightening setback,” was in India, as per the report in Indian Express.

He said, “Democratically elected Narendra Modi is creating a Hindu nationalist state, imposing punitive measures on Kashmir, a semi-autonomous Muslim region, and threatening to deprive millions of Muslims of their citizenship."

We live in a “transformational moment” in history, where the twin challenges of open societies and climate change are “threatening the survival of our civilization,” he said.

George Soros feel that the reactions to these challenges by politicians who “exploit” the circumstance for their own purposes are “unlikely to compare to people’s expectations”, and thus, have already caused “widespread disappointment”.

“There are also grounds to hope for the survival of open societies. They have their weaknesses, but so do repressive regimes. The greatest shortcoming of dictatorships is that when they are successful, they don’t know when or how to stop being repressive. They lack the checks and balances that give democracies a degree of stability. As a result, the oppressed revolt. We see this happening today all around the world,” Soros said.

Soros pledged one billion dollars for a new university network project to fight the erosion of civil society in a world increasingly ruled by "would-be and actual dictators" and beset by climate change.