Business   In Other News  26 Jul 2018  Setback to Marans as HC sets aside order in illegal exchange case
Business, In Other News

The special CBI court had on March 14 discharged the two Maran brothers and five other accused. 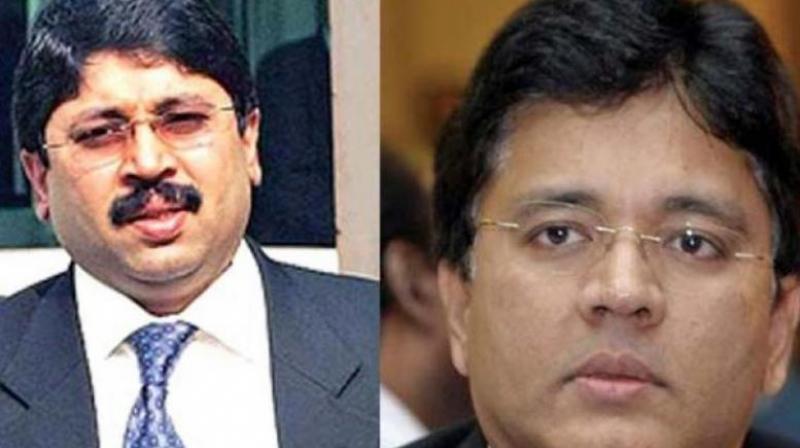 Over 700 high-end telecommunication lines were installed at their residences in Boat Club. (Photo: File)

Chennai: The Madras High Court On Wednesday set aside a CBI court order discharging former communications minister Dayanidhi Maran and others in the case of alleged setting up of "illegal" telephone exchanges to benefit the Sun TV Network of his brother Kalanithi Maran.

Allowing the CBI's appeal against their discharge, Justice G Jaichandran directed the special court to frame charges and conclude the trial within a year from the date of receipt of the copy of the HC order. The case relates to the time when Dayanidhi, a grandnephew of DMK chief M Karunanidhi, was the minister for communications and information technology in the UPA 1 government.

The CBI has alleged he misused his official position and got private telephone exchanges installed at his residences in Chennai, which were used for business transactions of the Sun Network.

Kalanithi Maran is the chairman and founder of the Sun Group, which owns several media houses.

According to the CBI, over 700 high-end telecommunication lines were installed at their residences in Boat Club and Gopalapuram areas of the city for which bills were not raised, causing the exchequer a loss of Rs 1.78 crore.

The special CBI court had on March 14 discharged the two Maran brothers and five other accused, holding there was no prima facie case against them.