Business   In Other News  26 Mar 2019  Initial idea behind e-Residency was to ‘make Estonia great’: Arnaud Castaignet
Business, In Other News

E-Residency is a status provided to people who are neither citizens nor residents of Estonia. 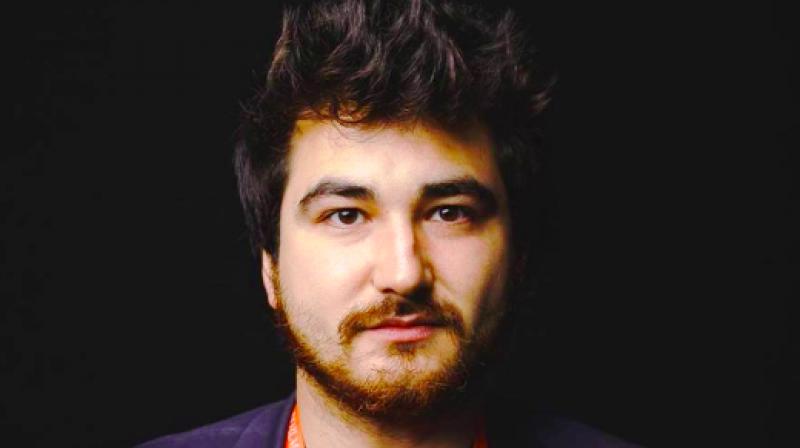 E-Residency is a status provided to people who are neither citizens nor residents of Estonia, but are granted an Estonian digital ID and access to Estonia's e-services. In practical terms, it connects you with Estonia and Estonian business environment, including the freedom to run a global, EU-company online from anywhere in the world. The program was launched in December 2014 by the government of Estonia and it has so far attracted more than 50,000 people from 157 countries around the world.

Why did Estonia come up with the e-Residency program?

The initial idea behind e-Residency was to “make Estonia great”. As you know, Estonia regained its independence in 1991 from Soviet occupation and we quickly realised that we needed to find something to set ourselves apart from our neighbours. Norway had oil, Finland mobile phones, Sweden design. So, we embarked on massive technological innovation. It was also very convenient for us because we had to build an entire and efficient administration and being digital helped us to mitigate the costs while providing public services, in that case e-services, to our population. The process took time. It took great courage to invest in IT solutions and take the information technology route. Now, we can say we have designed one of the most advanced digital societies in the world, a system offering efficient digital services to our population.

So, when we had to think about ways to “make Estonia great”. It quickly became obvious that this digital society that we have built throughout the years was one of our main assets. We envisioned that more people could benefit for this, even without coming to Estonia or being Estonian. This is how we got this idea of e-Residency, which came from a unique and simple question: “Why should a country only offers its services to its population and not also to other people around the world who could benefit from these e-services?”. It is not a technological innovation, we only offer access to an infrastructure that already exists for Estonians. It is an innovation in the mindset. With e-Residency, we serve people who are neither our citizens nor our residents. But opening our digital borders helps us to generate Estonia’s revenues for the future that will benefit all Estonian citizens, supports Estonian companies in connecting internationally and, by contributing to put the country on the map, it enhances our soft power and national security.

Why should Indians become e-Residents?

For e-residents, Estonia offers increasingly convenient ways to successfully pursue activities independently of their location. Indeed, digital entrepreneurs selling digital services and offering cross-border IT and consultation services, location-independent entrepreneurs who could work from any location in the world and digital nomads – professionals who live and work in more than one country per year – are the people who benefit the most from e-Residency. E-Residency gives them a way to establish trusted company in Europe and remotely manage it with low overheads.

India has the world’s largest freelance workforce. Europe is one of the key markets for them owing to its huge demand. By bringing the freelancers under the e-Residency umbrella, we aim to provide them with a platform whereby they can further flourish their businesses.

India is an entrepreneurial country. Companies, especially those in software development & technology can leverage from Estonia since we pioneer in ICT technologies, especially in e-governance. e-Residency can provide Indian entrepreneurs with the opportunity to open and run a global EU company fully online while being in India and gain access to the European market of 500 million people.

How many Indians have already become e-Residents?

In India, there are over 2,430 e-residents who have created 325 companies. In the last one year alone, over 1062 individuals enrolled for the program in India and created around 205 new Estonian companies.

Among the notable Indian e-Residents are Mr Mukesh Ambani, Chairman & Managing Director of Reliance Industries and Union Minister of Information Technology – Mr Ravi Shankar Prasad. Reliance Industries has set-up a research centre for Jio in Estonia. The research centre aims at understanding digital society of Estonia and the benefit it can offer to India and Indians.

But of course, the majority of our e-residents in India are digital entrepreneurs, freelancers and IT specialists. For instance, Deepak Solanki is developing LiFi technology — an innovative alternative to WiFi — from Delhi through his company, Velmenni, registered in Estonia. Among his notable clients, you may find Airbus or Air France, for instance. On a smaller scale, Raj Bhatta works as an education consultant from Gujarat and has set up his business, Connecting Wings, as an e-resident as well in order to advise students on application process for graduate programmes overseas. Nishant Gupta is another interesting e-resident from Bangalore. I have met him at Demo Day in Bangalore in December. Together with his partner, they have created Renaura, a research and formulation company in the beauty, personal care and wellness domains, which develops and manufactures specialty products that solve targeted problems primarily for the salon professional market under the brand iluvia Professional. They became e-residents in order to target European markets.

How do you ensure easy cross border fund transfer for Indian e-Residents?

Regarding banking services, Estonian banks tend to serve e-residents who have a business connection to Estonia and can provide a clear understanding of their business, among other considerations, and always require to have a physical meeting in Estonia. However, e-residents are actually enable to conduct all business activity using any bank or fintech across the European Economic Area. We have several partnerships with payment institutions such as Holvi, InstaRem or Payoneer in order to widen the choice of financial services available to e-residents and accessing banking services through these companies doesn’t require any physical meeting.

E-Residents can also use one of Estonia’s best success stories - Transferwise Borderless for convenient cross border fund transfer, and to get a European IBAN and a credit card. For cross-borders payments, payment services such as PayPal are also accessible for e-residents.

What are the reasons behind the successful startup culture in Estonia?

I would say it’s the combination of several factors. First of all, the development of our digital administration and society allowed every Estonian to benefit from a hassle-free and non bureaucratic administration, which partially explains that Estonia has now the highest number of startups per capita in Europe. Estonia put the right public policies in place right after regaining its independence, making sure the country would be pro-business and initiative. Our government is always open to test innovation ideas. Estonia was the first country to authorize i-voting, to legalize ride-sharing apps and of course to launch e-Residency.

Estonia has always had excellent engineers, even during Soviet occupation, and an entrepreneurial mindset. That mindset let many Estonians to create amazing start-ups in the recent years, which inspired others and contributed to make our country one of the best startup hubs. Skype has been founded by Estonians, as well as Transferwise, Playtech and Taxify, now called Bolt. We are all very proud of these unicorns. So, cooperation and mix between an innovative government, a digital society, pro-business public policies and a dynamic private sector is the key in my opinion.

What are the reasons behind your focus on India?

E-Residency mostly benefits to digital entrepreneurs, freelancers and digital nomads, so we focus on these profiles. This is why we see a lot of interest coming from India, of course, which hosts a lot of IT freelancers, but also Turkey – our fastest growing market in 2019 so far -, Ukraine, Russia and several hubs for digital nomads such as Bali, Chiang Mai, Bangkok, Tokyo, Berlin…

There are some similarities between Estonia and India. Like Estonia, India has always been a very entrepreneurial country. India has the world’s largest freelance workforce with the highest percentage working in software development & technology, while Estonia is a global leader in ICT technologies, especially in e-Government. They operate in IT hubs such as Bangalore and Hyderabad as well from Tier II and Tier III cities. Goa is also increasingly becoming a hub for both Indian and international digital nomads. We look forward to build more connections between them and Estonian companies through e-Residency and bridge them to European market, while providing them with tools that will help their businesses to prosper.