Business   In Other News  26 Feb 2018  UDAN: Govt expects Rs 300 cr annually from levy on airlines
Business, In Other News

Allocation for UDAN has been substantially raised to Rs 1,014.09 crore for the next financial year. 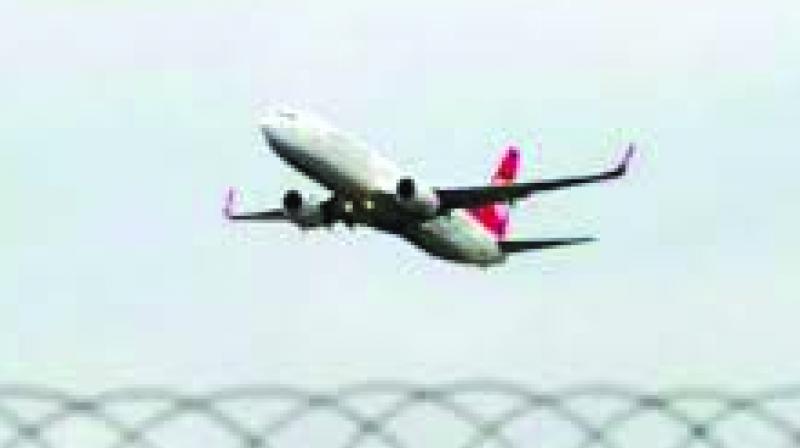 With at least half of the seats in UDAN flights offered at subsidised fares.

New Delhi: The government expects to collect around Rs 300 crore annually from the levy on airlines flying on major routes towards the regional air connectivity scheme, a senior official said.

To partly raise money for viability gap funding requirement under the UDAN (Ude Desh ka Aam Naagrik) scheme, the civil aviation ministry has been collecting the levy since December 2016.

More routes are getting added under the UDAN scheme, which seeks to connect unserved and under-served airports as well as making flying more affordable.

With increasing number of UDAN routes, the ministry is also preparing to deal with higher funding needs in the coming months.

A senior ministry official said the response to UDAN flights has been very positive and many routes are having good occupancy.

Every year, the ministry expects to garner Rs 280 crore to 300 crore by way of levy collected from airlines flying on major routes.

An amount of Rs 5,000 is levied for each departure of flights on major routes. Initially, the levy was Rs 8,500 and was subsequently reduced.

To fund the ambitious regional connectivity scheme -- UDAN -- the civil aviation ministry is collecting a levy of Rs 5,000 per departure from airlines operating in major domestic routes, including Mumbai and Delhi.

With at least half of the seats in UDAN flights offered at subsidised fares, the participating carriers will be provided a certain amount of Viability Gap Funding (VGF) -- an amount shared between the Centre and the states concerned.

All the five operators -- Alliance Air, SpiceJet, TruJet, Air Deccan and Air Odisha -- that won routes in the first round of bidding under UDAN have already commenced operations.

IndiGo and Jet Airways are among the airlines that have won routes in the second round of bidding and are yet to start services under the scheme.

In his 2018-19 Budget speech, Finance Minster Arun Jaitley had said that 56 unserved airports and 31 under-served helipads will be connected under the regional air connectivity scheme.