Business   In Other News  26 Jan 2018  Labour Ministry to issue UWIN Cards to informal workers from April
Business, In Other News

Ministry has already initiated a pilot on the UWIN Cards to test the efficacy of the system. 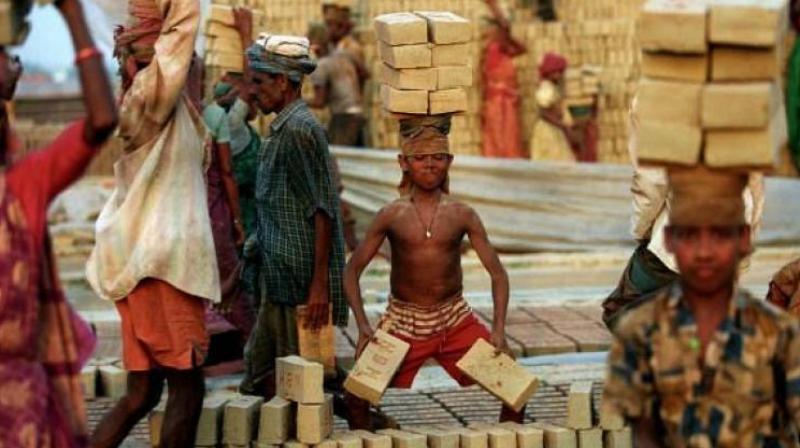 Ministry will begin registering the unorganised workers across the country by the beginning of the next fiscal. (Photo: PTI)

New Delhi: The labour ministry will begin a drive in April to register over 47 crore unorganised sector workers and provide them with Unorganised Worker Index Number or UWIN Card, bringing them under the social security net, according to an official source.

It wants to complete the exercise by the end of next fiscal, before going to the polls in 2019, so that these workers are covered under the social security code proposed by the ministry.

"The ministry will begin registering the unorganised workers across the country by the beginning of the next fiscal (April-March, 2018-19)) to provide them benefits of various social security schemes run by retirement fund body EPFO and state health insurer ESIC," the official source said.

The UWIN Card would have unique number which would be seeded with Aadhaar to provide all benefits of social security schemes at one stop, he added.

"Labour Code on Social Security and Welfare is at the consultation stage and could be a reality by the time registration of informal workers is complete," he said.

The ministry has already initiated a pilot on the UWIN Cards to test the efficacy of the system, he said, adding that it is satisfied with the results.

The source said that the only issue is that as to who would pay the matching contribution for informal sector workers under the schemes run by the Employees Provident Fund Organisation (EPFO) and Employees' State Insurance Corporation (ESIC). Under these schemes, apart from employees, the employers also contribute to social security scheme accounts.

The government, said the source, will have to find some mechanism for informal sector workers as there would not be any employer to contribute for the schemes.

The source said that the under the new code, the issue of contribution by employer is likely to be sorted out. The code provides that in case of an informal or non- employee worker, the 'principal employer' could be the said worker himself.

Therefore, once the code is enacted, there would not be any hindrance of having 'principal employer' to subscribe the social security schemes run by the EPFO and ESIC for the informal sector workers.