Season is a wash-out for Kashmir tourism

After remaining locked down for around two months, on October 10 the government had opened Kashmir for tourists. 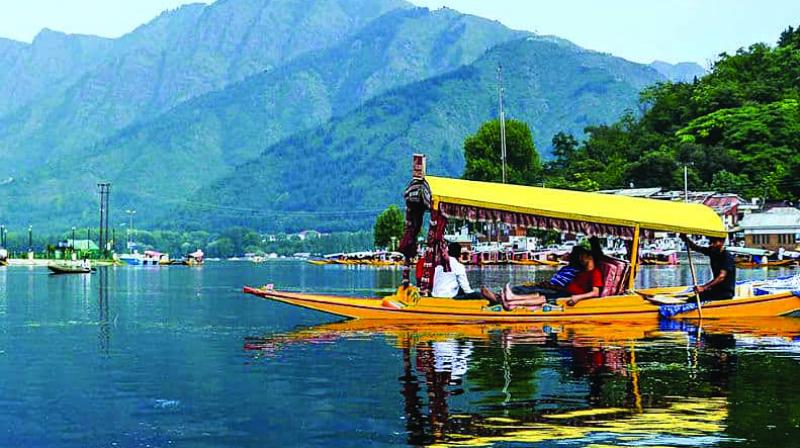 After remaining locked down for around two months, on October 10 the government had opened Kashmir for tourists. But the uncertainties still continue, finds the trade.

Chennai: Despite the government opening up the destination for travellers, this season could be a wash-out for Kashmir. Both tourists and travel operators are going slow with bookings.

After remaining locked down for around two months, on October 10 the government had opened Kashmir for tourists. But the uncertainties still continue, finds the trade.

“This season has been wiped out. Though officially tourists are allowed, several clearances are needed. Before taking tourists to the place we will have to make inspection visits so that we are confident enough,’ said Rajeev Kale, President and Country Head – Holidays, MICE, Visa, Thomas Cook India.

With the season already on, tour operators do not expect much from Kashmir. However, the travel operators are receiving messages from the tourism department, house boat owners and travel agents assuring that it is safe to travel to the place.

“This December will not be like those in the past. But we are receiving messages from the local trade and government. After Diwali, we will make our inspection of the place,” said Kapil Goswamy, MD, Big Breaks.com.

As a silver lining, BigBreaks has started receiving some enquiries from tourists, including foreigners. But tourists do not want to venture out of Srinagar due to security concerns.

Kashmir usually has 20 to 25 per cent share of the country’s tourist arrivals. In 2018, Kashmir witnessed the lowest arrivals in seven years. Only 8.5 lakh domestic and foreign tourists visited the valley last year, a decline of 23 per cent from 2017. Tourist arrivals have been declining since 2016 due to the political unrest. In 2012, the state had received 13 lakh visitors.

Summer is the biggest tourist season for Kashmir. Unfortunately, this summer turned out to be cold for Kashmir tourism after the Pulwama attack and the Balakot strike in February. Some of the key source countries like the US, UK and Canada had released travel advisories for their citizens visiting the region. Both tourists and travel operators were slightly reluctant to make bookings for the destination in the summer.