Business   In Other News  24 Sep 2019  Onion prices to calm down in next few days: Tomar
Business, In Other News

Onion prices to calm down in next few days: Tomar 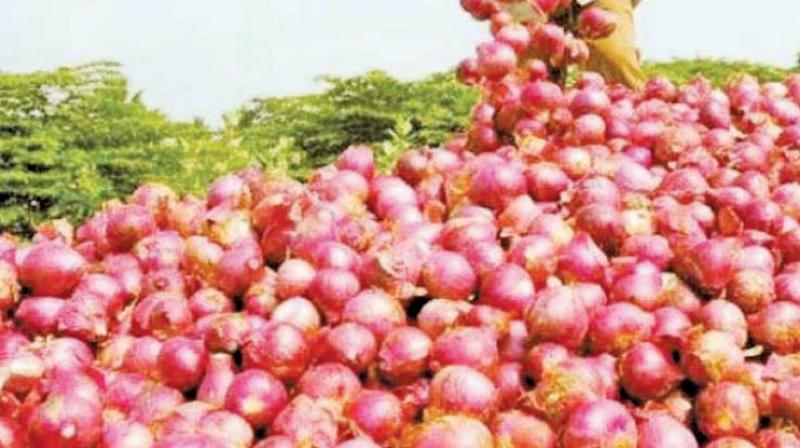 Onion prices have gradually increased in the last one month due to supply disruption.

New Delhi: Onion prices, which are ruling as high as Rs 70-80 per kg in some parts of the country, will calm down in the next few days with supply being boosted through agencies like Nafed, Agriculture Minister Narendra Singh Tomar said on Tuesday.

Onion prices have gradually increased in the last one month due to supply disruption from flood-hit onion-growing states like Maharashtra. Last week's rainfall has further affected the supply, due to which onion prices have surged up to Rs 70-80 per kg in the national capital and other parts of the country, as per trade sources.

"Onion situation will improve in the next few days. Cooperative Nafed is releasing stock from the central buffer at a lower price. We have enough stock of onions," Tomar told reporters after the launch of two mobile apps for farmers.

The government is aware of the onion situation and taking measures to balance in the interest of both farmers and consumers, he said.

"At times, consumers have to pay high price for farm items; and at times, farmers get less price for their produce. Our role is to balance this. We are aware of it and are taking several measures," Tomar added.

Right now, stored onions are sold in most parts of the country, as fresh Kharif (summer) crop will hit the market from November onwards, traders said.

Traders further said that there is enough supply of stored onion of the previous year's crop in the country, but its transportation has been affected because of heavy rains.

The centre has taken several measures to arrest the prices of onion in Delhi and other parts of the country. It is offloading onion from its buffer stock through agencies like Nafed and National Cooperative Consumers' Federation of India (NCCF) which are selling at around Rs 22/kg and state-run Mother Dairy at Rs 23.90 per kg in the national capital.

The state governments have been asked to boost supply in their states lifting central buffer stock. Some states like Delhi, Tripura and Andhra Pradesh have shown interest so far.

Besides, the centre has discouraged export of onion by increasing the minimum export price and withdrawing incentives. It is also cracking down on black marketers.

Besides rains, prices are under pressure on likely fall in Kharif production of this year owing to the less planted area under onion on account of excess rains, the sources added.