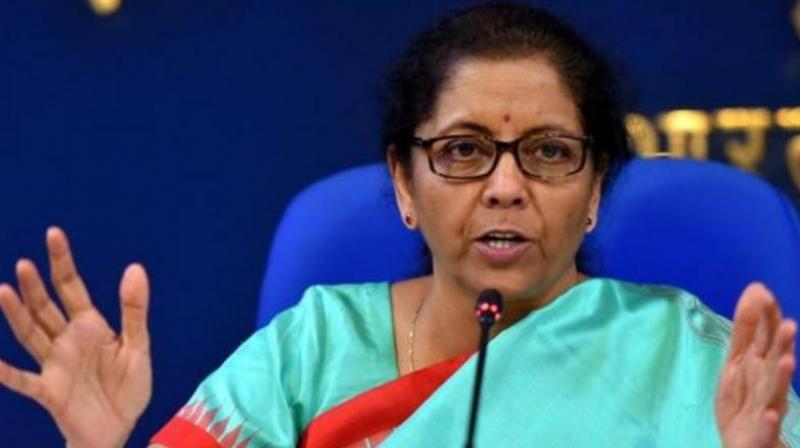 New Delhi: Giving urgent relief to people amid the disruptions and concerns caused by the spread of the coronavirus across the country, finance minister Nirmala Sitharaman on Tuesday announced a host of measures, and added that the government would soon offer an economic package to cushion the impact of the pandemic in the country.

She also gave an assurance that there would not be any financial emergency declared by the government, as was being claimed in some sections of the media.

Considering the hardship of people who are facing a tough economic situation due to the pandemic, Sitharaman spelt out several immediate changes on various regulatory fronts.

Including the extension of deadlines and relaxations for many compliance issues related to income-tax, GST, customs and Central excise, Insolvency and Bankruptcy Code-related issues, and matters related to banks and the guidelines of the ministry of corporate affairs.

In a move to ease banking transactions and withdrawal facilities for the public,  Sitharaman announced the removal of charges on debit card and ATM transactions and allowed cash withdrawals from any bank's ATM, not just the bank in which the account is held, for the next three months.

“Also, banks will also not impose the minimum balance requirement fee for the same period and bank charges for digital transactions would be reduced,” she said, suggesting that people should minimise cash transactions as far as possible.

Besides, she said various other dates for I-T notices and filing have been extended to June 30, 2020.

On corporate affairs ministry issues, the finance minister also emphasised that newly-incorporated firms, which will now get an additional six months' time.

“For instance, market regulator Sebi has come up with certain guidelines to ensure stability in the stock market. A lot of inputs have come, and the task force is also looking into them,” she added.