The airport handled 14 per cent more passengers last year and jumped 6 places from 22nd position in 2016. 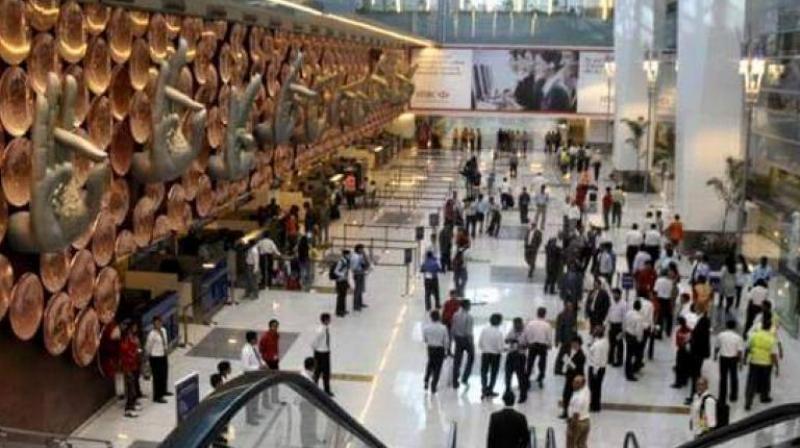 Indira Gandhi International Airport in the national capital has been ranked as the 16th busiest in the world, handling 6.34 crore passengers in 2017, says a report. (Photo: Facebook)

New Delhi: Indira Gandhi International Airport in the national capital has been ranked as the 16th busiest in the world, handling 6.34 crore passengers in 2017, says a report.

The airport is 16th among the world's top 20 busiest aerodromes in terms of passengers handled on an annual basis. According to Airports Council International (ACI), the airport handled 14 per cent more passengers last year and jumped 6 places from 22nd position in 2016. India is one of the fastest growing domestic aviation markets in the world.

Atlanta Hartsfield-Jackson in the US maintained its position as the world's busiest airport by handling 10.39 crore passengers in 2017, followed by Beijing with 9.58 crore passengers, said the World Airport Traffic Report.

Dubai International Airport handled 8.82 crore passengers and stood at third position. Tokyo and Los Angeles made up the top five with 8.54 crore and 8.45 crore passengers, respectively.

ACI is the trade association of the world's airports, currently serving 641 members operating 1,953 airports across 176 countries. ACI World Director General Angela Gittens said that while strong competitive forces continue to drive innovation and improvements in efficiency and service for passengers, airports face the challenges of meeting the continuing global growth in demand for air services.

Passenger traffic in advanced economies grew 5.2 per cent while in emerging economies it rose 10.3 per cent in 2017. "It is expected that rising incomes in emerging markets will help propel global traffic to new heights in the coming decades as new aviation hubs begin to overtake the more mature markets of Western Europe and North America," ACI said in a release.