Business   In Other News  23 Aug 2018  No intent to impose blanket ban on messaging apps: Telecom Secretary
Business, In Other News

The government has taken a stern view of false news doing the rounds on social media platforms. 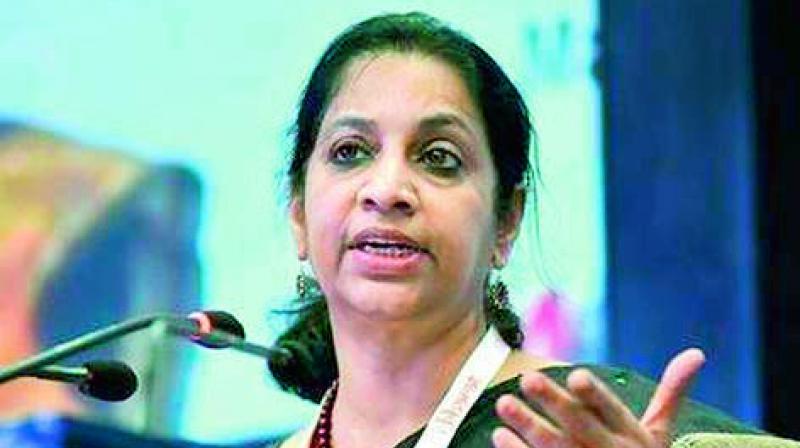 The telecom department does not intend to impose blanket ban on messaging apps and platforms, but is seeking technical solutions to curb specific instances of misuse, Telecom Secretary Aruna Sundararajan said on Thursday.

New Delhi: The telecom department does not intend to impose blanket ban on messaging apps and platforms, but is seeking technical solutions to curb specific instances of misuse, Telecom Secretary Aruna Sundararajan said on Thursday.

The government has taken a stern view of false news doing the rounds on social media platforms, and asked WhatsApp to take urgent measures to curb the circulation of such messages and, more importantly, identify its originators. "... misuse is small part of it, we cannot go around blocking the whole platform.

The idea is to evolve effective grievance redressal...targeted prevention or corrective action to be taken in those kinds of cases," she told reporters on the sidelines of a conference here.

Sundararajan was responding to queries over Department of Telecom (DoT) recently seeking industry's views on technical measures that can be adopted for blocking mobile apps like Instagram, Facebook, WhatsApp, Telegram, etc in situations where national security and public order were under threat.

There have been raging concerns over circulation of false information and rumours on messaging platform WhatsApp, that have, in several instances, incited mob-fury. WhatsApp, however, rejected India's demand for solution to track the origin of a message on its platform, saying building traceability would undermine end-to-end encryption and the private nature of the messaging app.

The telecom secretary said that technical solutions such as analysis of metadata, Artificial Intelligence and others allowed identification of mischievous messages treading unusual patterns. "So, a lot of these solutions have to do with technology but it cannot be blocking of all apps. That is not intent at all...we should be able to go in and take corrective action...you can't have all or nothing approach," she added.

The telecom department had invited views from the industry based on reference from the electronics and IT ministry, although, sources said that the latter's original reference had been only with regard to a particular platform and not others.

Industry body COAI has cautioned against blocking of mobile apps, saying it would not only impinge on freedom of speech and expression of users, but also hit routine day-to-day communications, commercial activity, and business interests.

The Cellular Operators' Association of India (COAI) in its three-page reply to the telecom department earlier this month, cited technical constraints, flagged risks of over-blocking, and cautioned that blocking must be targeted "only at content or account level" to "minimise impact on innocent users".

IT Secretary Ajay Prakash Sawhney told reporters that WhatsApp wanted to know concerns that the government had on fake news, being circulated on the messaging platform.

"They have come and met the IT minister and (the) minister has conveyed certain concerns, we will await their response," Sawhney said. Noting that WhatsApp has large user base in India, Sawhney said the IT ministry is hopeful that the messaging platform will "take measures to ensure that trust and faith of the user base remains very high in their products and services".

He, however, declined to comment on whether the government will take action in case WhatsApp did not comply with all its demands within a set timeframe. Meanwhile, amid rising cyber-security concerns, the IT Ministry is mulling changes in specific sections of IT Act and also plans to tighten intermediaries rules applicable to social media companies, which have significant presence in India, a source aware of the development said.

Such grievance officer would not only track grievances on real-time basis but also to inform law enforcement agencies, Prasad had said.