The letter said the salt-to-software conglomerate is "busy apportioning credit" for the stellar performances. 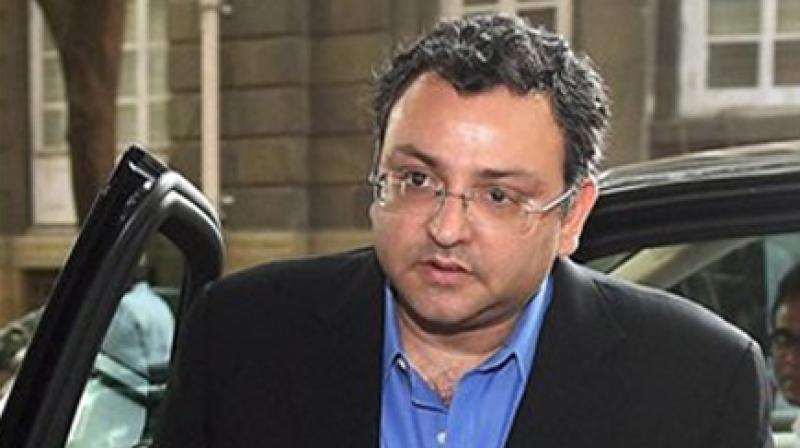 Mumbai: Hitting back at Tatas, ousted Chairman Cyrus Mistry today rejected charges of not contributing anything to the group's cash-cows TCS and JLR and alleged that patriarch Ratan Tata once tried to sell the IT firm to IBM and his "ego" led to bad business decisions like Corus acquisition at double the original cost.

"It is important to set the record straight since insinuations and leaks are being made explicitly to create an illusion that Mistry was a 'hands off' chairman and TCS/JLR were on 'auto-pilot' during his leadership," Mistry's office said in a five-page letter today.

Listing out details of the efforts undertaken by him as the non-executive chairman at both the companies, which contribute a whopping 90 per cent of the group profit, the letter said the salt-to-software conglomerate is "busy apportioning credit" for the stellar performances.

The letter said Ratan Tata, who took over as the interim chairman following Mistry's controversial dismissal from the group on October 24, had once tried to sell the group's crown jewel TCS to global giant IBM.

Without giving the timelines, the letter claimed the then chief FC Kohli's illness had prevented JRD Tata from going ahead with Ratan Tata's proposal. "Ratan Tata was then heading Tata Industries' joint venture with IBM and had approached JRD Tata with a proposal from IBM to buyout TCS. JRD refused to discuss the deal because Kohli was still recovering in the hospital," it said.

However, Kohli, considered the doyen of the domestic software industry, flatly refused the proposal saying "TCS has a bright future and the group should not sell the company".

"JRD turned down the offer, demonstrating true vision. But it was also a near-death experience for TCS at the hands of Ratan Tata," the letter claimed. The Tatas and IBM had started the joint venture with equal holding in 1992, and dissolved it in 1999, while TCS was founded in 1968 and was taken public in 2004. JRD stepped down from chairmanship of the group in 1991, while Kohli stepped down from TCS in 2000.

The letter, which is third in a series of clarifications issued by Mistry's office, also blamed Ratan Tata's "ego" for bad business decisions, including the buyout of British steelmaker Corus at a high cost and also sticking to the CDMA technology for its telecom business imperiling thousands of jobs.

A section of the letter headlined 'One man's ego versus an institution' claimed that Tata's ego resulted in the Corus deal for USD 12 billion--twice the cost of what it was available for one year before-- despite opposition from some board members and senior executives.

"The overpayment for Corus made it harder to invest in it, which had been neglected, and thereby, placed many jobs at risk," the letter from Mistry's office said. In the telecom business, Tata made a "strategic" decision to enter CDMA space as against the popular GSM, despite advices to the contrary, Mistry said calling it "a case of one person's judgment adversely affecting jobs of thousands".

In its earlier two clarifications, Mistry camp had focused on the allegations of the group drifting away from the Tata values during his tenure, independence of directors in group companies, explanations on a surge in expenses and the huge write-offs, which the group had to take under his leadership.

In a nine-page letter on November 10, Tata Sons had accused Mistry of not really contributing to the success of JLR and TCS, saying these assets were inherited by him from Ratan Tata who had nurtured them and that the ousted chairman could not take credit for their stellar performance.

In today's statement, the Mistry camp gave credit for these two companies' success to their leadership under Kohli and N Chandrasekaran at TCS, and Ralph Speth and Ravi Kanth at JLR.

Mistry, being the non-executive chairman, gave them a strategic direction, ensured a 'future proofing' of the businesses and also gave them time, the letter said. "As chairman of Tata Sons and TCS, Mistry's access to senior stakeholders across the world was an enabling platform," the letter said, while claiming that he met at least 60 global chief executives to help TCS.

To buttress the point, Mistry's letter enlisted training of 1.35 lakh people in digital area, the Japanese joint venture, industry leading growth in Europe and a surge in high revenue clientele during his tenure.

During Mistry's four-year tenor between December 2012 and October 2016, TCS' cash and equivalents doubled to Rs 20,500 crore with a surge in cash conversion, which helped it declare a special dividend last year, it said.

The letter also said that "the best is yet to come" for TCS. JLR, the letter said, is at a "critical juncture" where decisions taken today will decide its future resilience. "JLR strategy under Mistry's chairmanship has been to achieve scale as well as minimise currency and supply chain risks by investing in new facilities," it said, while underlining that it is now a stronger company that will reward the shareholders more consistently in future.

Excluding the board and budget meetings, Mistry spent over 120 days, including 38 days on JLR design review, 56 days on offsite strategy meetings as well as market visits to dealers in China, the US, and India, the letter said. It said that other group companies like Tata Chemicals, Tata Elixi, Tata Global Beverages, Titan and Voltas are also leaders in their respective fields.