Business   In Other News  22 Sep 2019  Experience more relevant than what you learnt 35-40 years ago: RBI Gov Das
Business, In Other News

Experience more relevant than what you learnt 35-40 years ago: RBI Gov Das

RBI Gov Shaktikanta Das was responding to a question whether his academic qualification weighed him down as the governor. 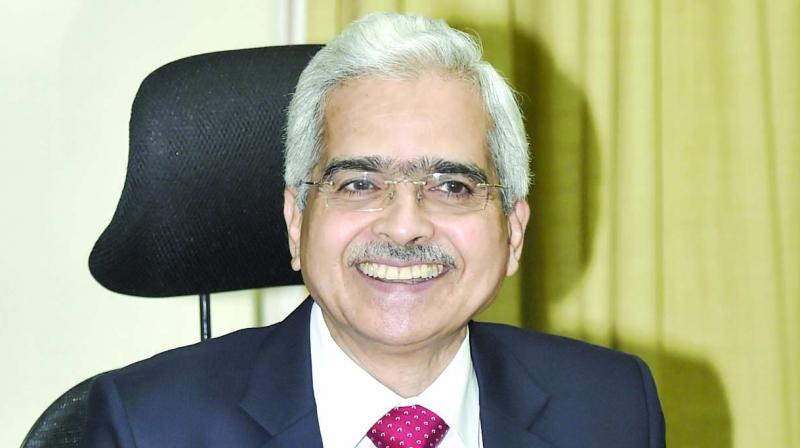 It is necessary for the RBI governor to understand what is the role of monetary policy, and the importance of financial stability, it also important for the governor to understand the nuances of the real economy and have the ability to take into account all the incoming data and take the appropriate decision, said RBI Gov Shaktikanta Das. (Photo: File)

Mumbai: Shaktikanta Das has played down many jokes and spoofs about his history background soon after his surprise appointment as the 25th governor of the Reserve Bank of India (RBI) last December after the 'protest' resignation of Urjit Patel.

Academic qualification of the head of the central bank is not relevant, but what matters is his/her grip on the economy, general awareness about the issues facing the economy and professional experience, is how Das has deflected the question from an audience who sought to know whether his non-economic academic background has weighed him down as the governor.

Das pulled out from retirement and dashed to the Mint Road within two days of Patel's calling it quits on December 10, 2018, after many a run-in with the government.

Both Patel and his predecessor Raghuram Rajan have illustrious academic records. While Rajan is an internationally acclaimed economist, writer and sociopolitical thinker, Patel is known for his papers on monetary economics from among the world's universities.

Rajan is also known for exactly predicting the 2008 global financial meltdown more than a year before it really engulfed the world at the annual Jackson Hole retreat of the US Federal Reserve with economists.

As against this, Das has done history from St Stephen's, New Delhi, who, after this, joined the civil service and retired in May 2017 as the economic affairs secretary. At the time of joining the RBI, he was a member of the 15th Finance Commission.

Das' role in the note ban and how he managed the changing narratives for the government in its aftermath has got him the moniker of a being an insider who will toe the government line as the past two governors hardly were on the same page with New Delhi on most matters.

"The chief of US Fed (Jerome Powell) has a political science background, the incoming chief of the European Central Bank and former IMF president Christine Lagarde has a legal background and the chief of the Bank of Japan (Haruhiko Kuroda) has a civil service background," Das has said at the India Today Conclave over the weekend here.

Das was responding to a question from the audience whether his academic qualification has weighed him down as the governor.

Stating that policymaking involves a lot of complex realities, which is less academics and more of experience, Das argued, "when it comes to policymaking, whether you did a particular course 35 or 40 years ago, I think it is not relevant as it would appear.

"I think what matters more is your awareness, your grip on what is happening in the real economy, the kind of experience you have had in your entire professional life," Das smiles.

The governor then goes on to pointing out that the RBI has an "excellent research team" and there is "no dearth of technical inputs from them" and it is not necessary for the governor to go into each equation and take a policy decision.

"It is necessary for the RBI governor to understand what is the role of monetary policy, and the importance of financial stability, it also important for the governor to understand the nuances of the real economy and have the ability to take into account all the incoming data and take the appropriate decision," he explained offering a peak into how he conducts his affairs from the 19th floor corner office.

However, the 62-year-old Das who hails from Bhubaneswar, is in all praise of his predecessors Patel and Rajan.

"Both of my immediate predecessor and the one before that have made their contributions to the RBI. The RBI and the nation are fortunate to have had a number of outstanding governors over the years," he smiled.