Downtrend in pepper price to continue

Vietnam is selling the commodity at $2,800 per tonne, less than half the price of $6,000 per tonne commanded by the Indian variety. 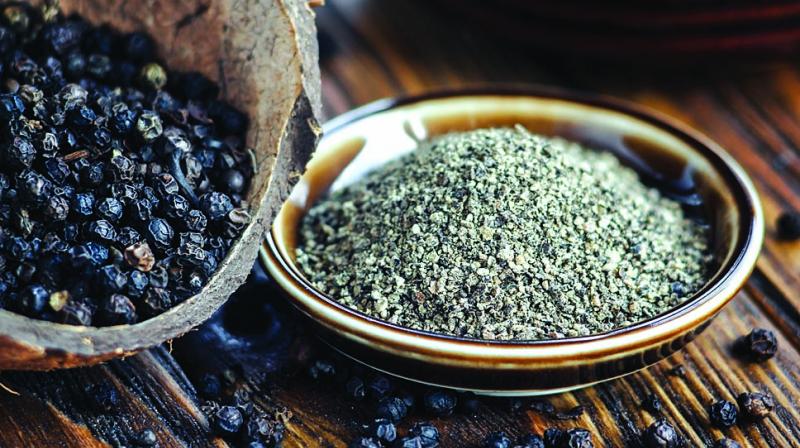 Interestingly, while illegal flow of pepper through Nepal has increased, the import of Vietnamese pepper through Sri Lanka has come down substantially, thanks to increased monitoring.

Kolkata: Brazil and Indonesia, two of the major pepper growing countries, are gearing up for their pepper harvest. And the focus of the global pepper market is likely to shift more towards these two countries, atleast for some time now. When it comes to India, India has been losing its competitive edge in pepper exports in the past few years as production has increased in Vietnam, Indonesia and Brazil. On one hand, Indian black pepper has been continuously losing ground to the cheaper Vietnamese variety in the world market and on the other, increasing illegal imports through Nepal are keeping domestic prices of black pepper in India in check. Interestingly, while illegal flow of pepper through Nepal has increased, the import of Vietnamese pepper through Sri Lanka has come down substantially, thanks to increased monitoring.

Vietnam is selling the commodity at $2,800 per tonne, less than half the price of $6,000 per tonne commanded by the Indian variety. Even Indonesian pepper, at $3,200 per tonne, is cheaper than the price that Indian pepper offers.

According to All-India Spices Exporters Forum, in 2017-18, pepper exports from India dropped nearly 40 per cent compared to that of two years ago to 16,840 tonne, which is the lowest in recent times. Going by Spices Board statistics, in 2018-19, shipments fell 25 per cent year-on-year in the nine months to December 2018. Exporters said shipments for the full financial year could be 15,000 tonne only.

The global pepper market witnessed mixed movement recently, for more reasons than one. The Malabar black pepper was stable with an average of $4,874 per tonne while Indian black pepper price in local currency was reported around Rs 340 per Kg. Indian pepper is being offered at around $6,000 per tonne in export markets.

Sector analysts pointed out that the international prices of pepper are down thanks to higher production in many countries compared with India. As per the available figures, the world pepper production is expected to reach over six lakh tonne, which is higher by 8.25 per cent than the previous year. Analysts said that the prices of pepper in other countries are governed by international supply and demand, while in India, it is on account of the strong domestic market and the price of pepper is a standalone phenomenon in India.

Looking within India, despite the monsoon playing truant in most of the pepper growing regions in the country, domestic black pepper prices remain more or less stable thanks to low demand in the upcountry markets. The farm gate price of ungarbled black pepper is hovering in the range of Rs 325-350 a kg since April-May, which was Rs 30 lower than the corresponding period last year, which was Rs 370. The current price trend is likely to continue for the time being, leading Indian traders felt.

Four reasons to opt for a personal loan for home renovation