Business   In Other News  22 May 2020  Economic damage for India from lockdown to be significant, says Moody's
Business, In Other News 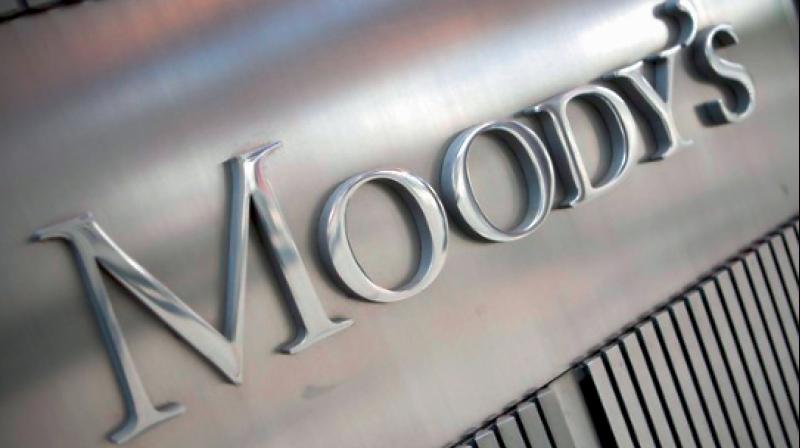 New Delhi: Moody's Investors Service on Friday said India's economy is expected to contract for the first time in more than four decades saying economic damage owing to the coronavirus-induced lockdown will be significant with lower consumption and sluggish business activity.

Even before the coronavirus outbreak, the Indian economy already was growing at its slowest pace in six years and with the stimulus measures announced by the government falling short of expectations, the disruptions are likely to be greater.

"We now expect India's growth to register a real GDP contraction for the fiscal year ending in March 2021 (fiscal 2020-21), from our earlier projection of zero growth," it said in a research note.

It however expected the economy to see a recovery in fiscal 2021-22, somewhat stronger than its earlier forecast of 6.6 percent growth.

"Economic damage as a result of India's continued coronavirus lockdown, now extended through May 31, will likely be significant and reflect the country's inherent economic vulnerabilities and fiscal constraints, with wide-ranging effects on both the public and private sectors," it said.

Prime Minister Narendra Modi imposed a nationwide lockdown to control the spread of coronavirus on March 25. It has been extended thrice, with the fourth phase set to expire on 31 May.

The lockdown has presented a challenge to the country's unorganised sector, which accounts for more than half of GDP.

Restrictions have been eased gradually in the subsequent phases as the government attempts to restore normalcy to economic activities. In the current fourth phase, states have the autonomy to decide on the delineation of areas into red, orange and green zones depending on outbreak intensity.

With India now in the fourth phase of its coronavirus lockdown, the disruption to incomes will likely keep household consumption under pressure for the rest of the year, it said.

While the government's cumulative policy response brings total headline stimulus announcements to a sizeable Rs 20.9 lakh crore, or 10 percent of GDP, and includes a range of support measures that will bring a degree of relief to rural households and small businesses, the measures are unlikely to offset lower consumption and sluggish business activity resulting from the extended lockdown.

"Direct fiscal stimulus spending by the government is likely to be in the range of 1-2 percent of GDP, as most of the government's plans take the form of credit guarantees or are aimed at easing liquidity concerns for affected sectors," Moody's said. "The quantum of direct fiscal spending falls short of our expectations and is unlikely to provide much additional impetus to growth."

Moody's said the economic shock from the lockdowns and fiscal policy response is expected to result in significant slippage from the central government's budgeted deficit target of 3.5 percent of GDP for fiscal 2020-21.

The rating agency expected the economic shock from the coronavirus and the fiscal policy response to result in significant slippage from the central government's budgeted deficit target for fiscal 2020-21.

Automobile, oil and gas, and mining companies will bear the brunt of the downturn. Corporate sectors that are sensitive to consumer demand, sentiment and supply chain disruptions will be particularly hard hit. Companies that provide essential goods and services have low exposure, it said.

Weaker demand, it said, will weigh on power and transport sectors. "Power demand will likely weaken substantially in fiscal 2020-21. The transportation sector will be under severe stress because of the decline in consumer demand and travel restrictions," it noted.

The economic slowdown will hit the performance of commercial vehicle and micro, small and medium-sized enterprise (MSME) loans. "The effects will be more significantly negative if the outbreak spreads and suspension of business activity is prolonged," it said.