Business   In Other News  22 Jan 2019  12 states fail on jobs, despite faster growth, says Crisil
Business, In Other News 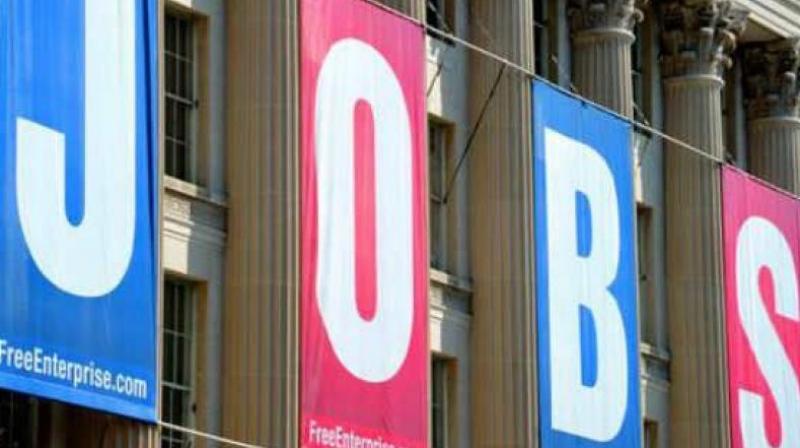 Comparing the growth in employment-intensive sectors with overall GSDP growth, CRISIL study found that growth in most states was not employment generating.

MUMBAI: As many as 12 of 17 states in the Reserve Bank of India’s non-special category grew faster than the 6.7 per cent pace the national economy clocked in fiscal 2018, but failed to generate enough jobs, Crisil said.

“This growth hasn’t been equitable. Low-income states have not sustained high growth long enough to meaningfully bridge the per-capita income gap with the high-income states,” Crisil said in its report titled ‘States of growth 2.0’.

On the fiscal front, Crisil said most states veered off the Fiscal Responsibility and Budget Management Act (FRBM) line.

Despite this, due to little fiscal legroom for the centre and increased share of states in central transfers, states are now the new engines of public spending, it added.

“In deed, states appear to have taken the baton from the Centre in terms of spending — especially capital expenditure — in recent years. This has become more relevant after the 14th Finance Commission increased allocation of funds to states and gave them the leeway to prioritise spending as per need. Nearly two-third of the capex in the economy now is being incurred by the states,” said Dharmakirti Joshi, chief economist, Crisil.

However, the rating agency noted that the growth has not quite been conducive to job creation in a majority of the states. That’s because 11 states have recorded lower growth in ‘employment-intensive’ sectors such as manufacturing, construction and trade, and hotels transport and communication services, compared with the national rate.

Gujarat, Bihar, and Haryana topped GVA growth in these sectors, on average between 2013 and 2018 suggesting that gro-wth could have been more employment generating relative to other states. Rajasthan, Jharkhand and Madhya Pradesh recorded the lowest growth.