Around 3.20 lakh officers from various state-run banks have called for a one-day strike. 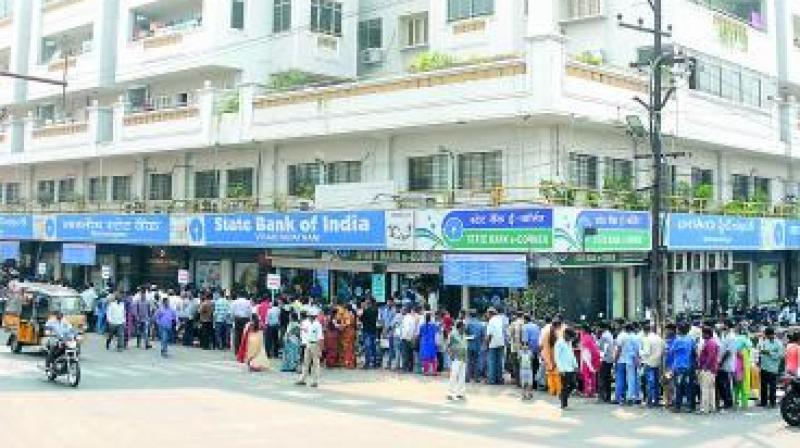 The union is also opposing the government proposal to merge Bank of Baroda, Vijaya Bank and Dena Bank.

Mumbai: Around 3.20 lakh officers from various state-run banks have called for a one-day strike on Friday to protest against pending wage revision and proposed merger of Bank of Baroda, Vijaya Bank and Dena Bank.

"IBA is also not coming forward to structure the 11th Bipartite Negotiations based on our charter of demands by agreeing to discuss the wage revision of officers from scale I to scale VII and also based on the concept of minimum wages as envisaged in the seventh Central Pay Commission (CPC),"

All India Bank Officers' Confederation (AIBOC) general secretary Soumya Datta said. He said after 13 months of negotiation between bank unions and IBA, the latter has offered a wage revision of 8 per cent.

In the last wage settlement, which was for the period November 1, 2012 to October 31, 2017, IBA had give a wage hike of 15 per cent. IBA has also offered a variable pay for bank employees, which will be based on the operating profit and return of assets (RoA) of a bank.

"Most of the banks are in losses due to large NPAs for which a bank employee can't be held responsible," he said.

The union is also opposing the government proposal to merge Bank of Baroda, Vijaya Bank and Dena Bank, claiming this step will not help the merged entity to tackle any of its problems, including the NPA menace.

Meanwhile, the United Forum of Bank Unions (UFBU) have called for a one-day strike on December 26 to protest against the proposed merger to BoB, Vijaya Bank and Dena Bank.