Addressing the captains of Indian Industry at the Aero India 2019, Shaffer said this would be the largest US delegation to ever attend Aero India. 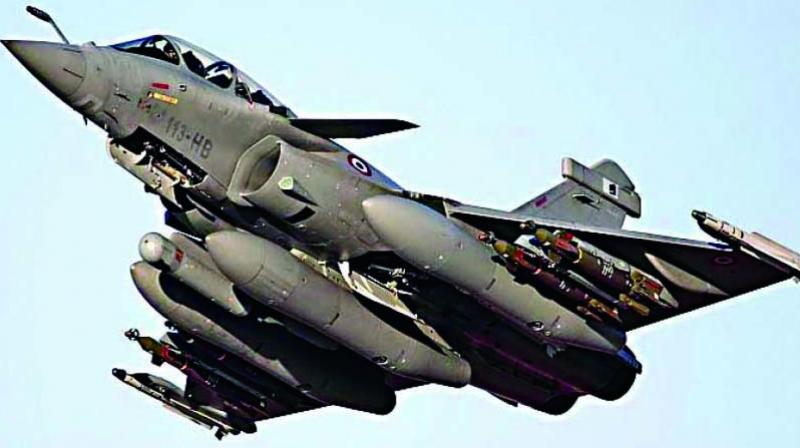 India contributes 3.7 per cent of the global military expenditure and has the 5th largest budget for defence sector, amounting to US 43 billion per annum.

Bangalore: The US bilateral defence trade with India, which was zero in 2008, will reach an estimated $18 billion later this year, said US deputy undersecretary of defence acquisition Alan R Shaffer.

Addressing the captains of Indian Industry at the Aero India 2019, Shaffer said this would be the largest US delegation to ever attend Aero India. Nearly 100 military and civilian members, and 28 US companies are participating, highlighting the continued growth of the defence relationship with India.

“I am here because the US is committed to strengthening our defense and security partnership with India. India is the largest democracy, and the United States is the largest economy. Our shared values and interests strengthen our ability to advance security and prosperity together,” he said.

Speaking on the occasion Baba Kalyani, president, SIDM and chairman, CII National Committee on Defence said, the defence relationship has emerged as a major pillar of India-US strategic partnership and a key driver of the overall bilateral relationship since 2005. In the last 15 years, there has been a steady increase in policy engagement, defence trade, joint exercises and cooperation between India and USA which is transforming the security architecture of the region.

India contributes 3.7 per cent of the global military expenditure and has the 5th largest budget for defence sector, amounting to US 43 billion per annum. India’s Defence Production Policy highlights 13 major weapon-system categories such as Fighter Aircrafts, Medium & Lift helicopters, Warships, Land Combat Vehicles, Missile Systems, Gun Systems, Small Arms, etc. where the country aspires to achieve total self-reliance by 2025. This clearly indicates a huge opportunity for US and Indian companies to partner together and create capabilities within India. It also makes it essential to remove hindrances to trade and collaborations, it’s important to create smoother channels for procurement, build faster clearance processes to boost the defence supply chain ecosystem between our countries, added Kalyani.