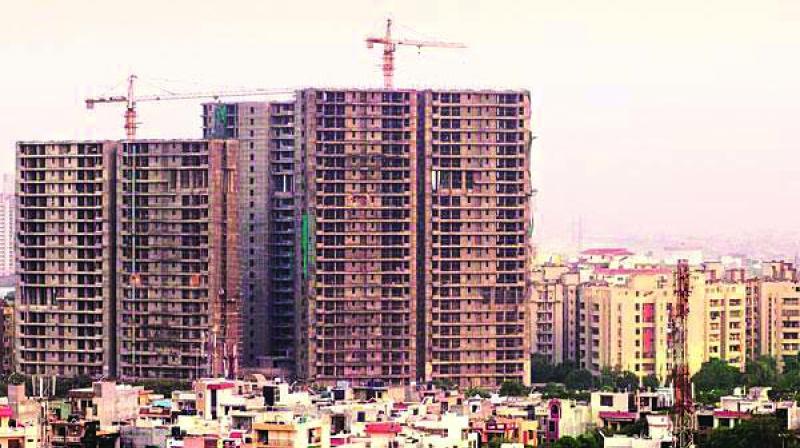 Prices are likely to inch up from that prevailing 12-18 months back. (Representational Image)

Chennai: Residential real estate prices are expected to start moving up in 12 to 18 months. In four to five years, prices might be higher by 1.3-1.4x the current levels.

Real estate prices have remained stagnant for six-seven years and have hit rock-bottom in recent times. However, prices have started improving in a few pockets and projects. Prices are likely to inch up from that prevailing 12-18 months back.  Over the next four-five years, it is expected that prices will be 1.3-1.4x of current levels, growing by four-five per cent on a CAGR basis, according to Motilal Oswal Financial Services.

“The current revival in the residential real estate market is driven by the end-users, who are flocking the market because of all-time best affordability due to record low home loan rates and reasonable rates and attractive deals provided by the developer. This is currently a buyer’s market, and the developers are refraining from randomly increasing the price at this moment as they do not want to disrupt the momentum as the revival is still at a nascent stage. However, due to an increase in the input cost, there might be upward pressure on the pricing in a range-bound manner in the next 12-16 months,” said Anuj Puri, chairman, Anarock Group.

The demand momentum has picked-up over the last two months and has absorbed a large part of the completed and near complete inventory across markets. Accor-ding to Puri, the unsold inventory across the top seven cities has come down by 2-3 per cent during July-September 2021 as compared to the previous quarter. “If we compare it with the peak of 2016, the unsold inventory has significantly come down by 16 per cent. This decline was possible because post the introduction of RERA the new launches came down significantly, while sales outpaced the new launches. Also, a significant pick-up in the sales post-the second wave has also helped in bringing down the unsold inventory,” said Puri.

Upgradation demand, backed by strong IT hiring and salary revisions, has led to a strong pickup in demand. Further, infrastructure development is leading to incremental habitable locations in urban centres.

On the supply side, Motilal Oswal says stron-ger players, who could sustain the cash crunch, have survived the pandemic. A sizeable chunk of players has exited the sector. Supply will be restricted over the next 6-12 months, it said.