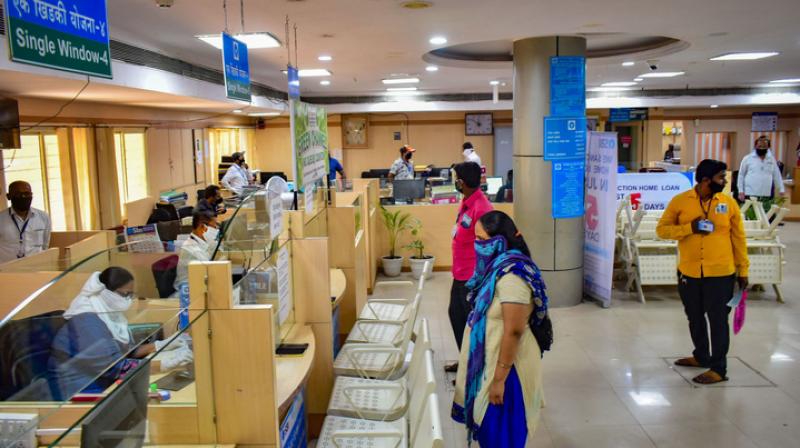 Dharamsala: Bank employee unions have again raised their demand for a five-day working week, stating that reducing the number of working days would help bankers who are at high risk of contracting the coronavirus disease due to their exposure to public.

The Indian Banks' Association (IBA) in January had rejected the unions' proposal for a five-day working week but offered a 19 per cent pay hike to employees. At present, banks have holidays on the second and fourth Saturdays every month and on every Sunday.

The All India Bank Employees Association in a statement said that the coronavirus threat is haunting bankers, where they are highly exposed to the general public dealing and now a five-day week is the requirement of the hour.

The association noted that while whole world is carving for four-day working, the country is still looking for a way to opt for five-days banking.

Talking to PTI, the president of All India State Bank Officers Federation, Deepak Sharma, said, "Moreover, it will also be a positive step in the direction of Digital India in conformity with PM's vision.

"The working conditions in the Banks have been strenuous. Poor infrastructure, lack of adequate staff has made the officers work till late in the night, resulting in poor health, huge pressure on the officers, which culminates in serious work-leisure mismatches, life style diseases and of late, repeated acts of suicides being committed by the officers of the Banks."

Officers are called upon to work on holidays and Sundays, frequently disrupting the personal life, Sharma claimed.