The first budget of the BJP govt also marginally increased road tax, except for three-wheelers and electric vehicles. 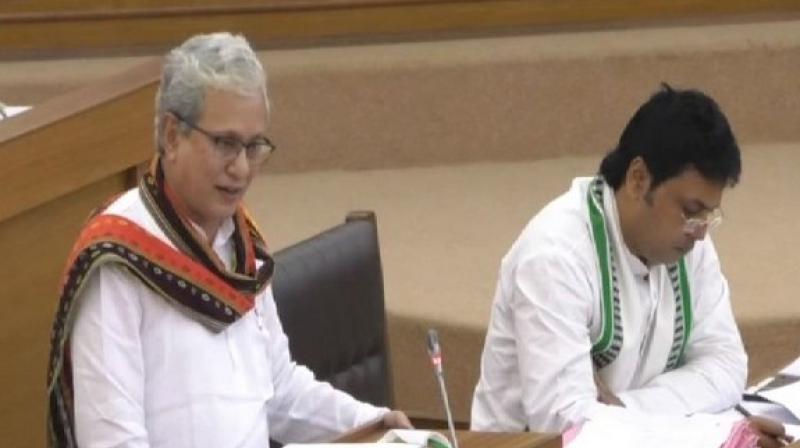 Agartala: Tripura Deputy Chief Minister Jishnu Dev Varma presented a Rs 16,387.21 crore tax-free budget for the financial year 2018-19. Tabling the budget on the first day of the assembly session on Tuesday, Dev Varma, who holds the Finance portfolio, said that there is no deficit in the budget.

The Minister, however, proposed an increase of sales tax on petrol by two per cent and on diesel and piped natural gas by one per cent each. Besides, the new Bharatiya Janata Party (BJP) led alliance government levied a cess on a turnover at the rate of two percent on the three fuels.

The first budget of the BJP government also marginally increased road tax, except for three-wheelers and electric vehicles. In the budget which has a 14.62 per cent increase over the revised estimates of last fiscal (2017-18), he announced eight new schemes while broadening scope many ongoing schemes and projects.

Varma proposed four new B-Ed Colleges would be set up in the state to provide pre-service training to the teachers.

He also proposed to constitute the Tripura Infrastructure and Investment Fund Board to boost industrialization in the state beside single window system for all necessary clearances to set up industrial units and for all approvals.

The Chief Minister further announced that several awards would be introduced soon to encourage meritorious youths in the field of education, sports and culture, to recognise outstanding work of the civil servants and to boost the quality education by teachers.

"The BJP government would launch new pension schemes for the new state government employees who would join in the government service from July this year," Varma added.

He further said that the state government has decided to distribute free smartphones to college students studying undergraduate degree in the government degree colleges. A lump-sum amount of Rs 1,000 crore has been earmarked in the budget to implement the recommendation of the Seventh Central Pay Commission (7th CPC) for Tripura government employees.

As per the pre-poll promise of the BJP, the government in March has constituted a three-member expert committee headed by former Assam Chief Secretary P.P. Varma to implement the much-demanded 7th CPC proposals in the state for over 2.15 lakh government employees and pensioners.