India has pressed the BRICS nations to set up an independent rating agency of the five-member group. 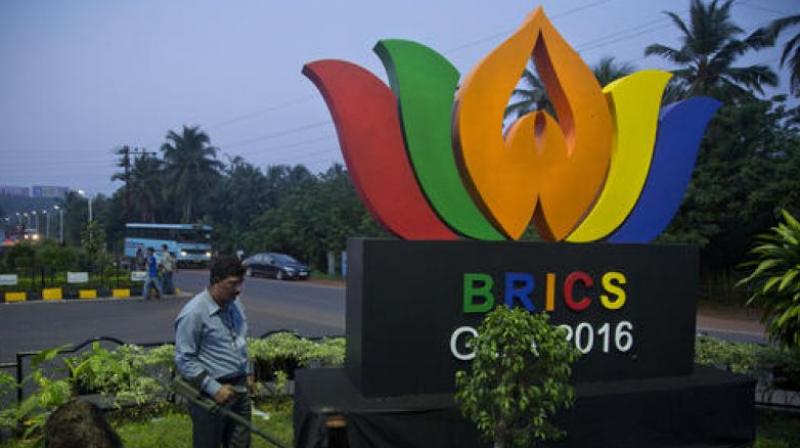 India has pressed the BRICS nations to set up an independent rating agency of the five-member group.

New Delhi: India has pressed the BRICS nations to set up an independent rating agency of the five-member group.

The first meeting of the BRICS Finance Ministers and Central Bank Governors was held on the sidelines of the IMF/World Bank Spring Meetings yesterday.

Representing India in the meeting of the 5 nation bloc, Economic Affairs Secretary Subhash Chandra Garg sought the support of the Presidency in building consensus amongst the BRICS membership on the BRICS Rating Agency proposal.

"He requested the Presidency to receive and take forward the report to be submitted by expert group set up under the aegis of BRICS Business Council to study the feasibility of the BRICS Rating Agency," the finance ministry said in statement.

India had first mooted the idea of having such an agency for the BRICS (Brazil, Russia, India, China, South Africa) grouping to can solve impediments for the emerging market economies posed by the present credit rating agency market that is dominated by S&P, Moody's and Fitch.

These three western rating agencies hold over 90 per cent of the sovereign ratings market.

The other issues discussed during the meeting related to enhancing the project pipelines of New Development Bank (NDB) evenly across member countries, expansion of NDB's membership.

The BRICS countries have already set up New Development Bank, which became operational in 2015, to meet funding requirements of the members

It also deliberated on the proposal of the South African Presidency for setting up a working group on illicit financial flows and a BRICS Task Force on Public Private Partnership.

In his interventions, Garg emphasised that India has been a constructive participant to the discussions on NDB's membership expansion.

He expressed that a more careful and cautious approach on the value and addition/ benefits new member will bring to the Bank would be desirable rather than setting deadlines which are practically difficult to achieve.

On the issue of expansion of NDB's project pipeline across member nations evenly, Garg said the objective has to be balanced with member country's requirement for infrastructure financing.