China to speed up development of chips

Officials held meetings with ministries as trade tension with US rises. 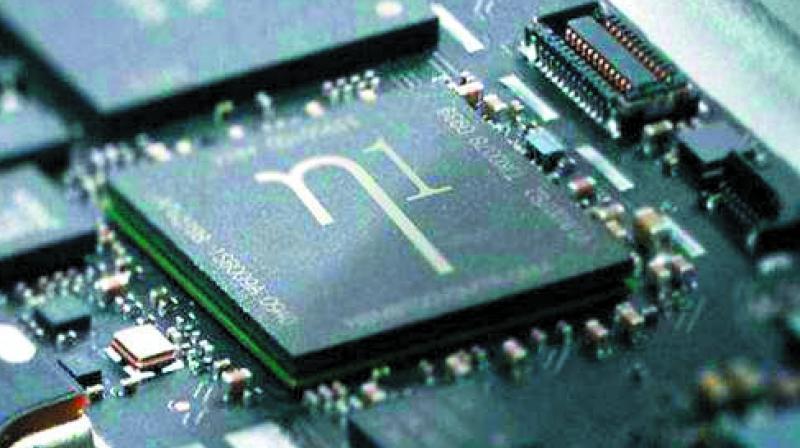 Washington said ZTE had violated an agreement reached after it was caught illegally shipping goods to Iran.

Beijing: China is looking to accelerate plans to develop its domestic semiconductor market amid a fierce trade stand-off with the United States and a US ban on sales to Chinese phone maker ZTE that has underscored the country’s reliance on imported chips.

Senior Chinese officials have held meetings this week with industry bodies, regulators and the country’s powerful chip fund about speeding up already aggressive plans for the sector, two people with direct knowledge of the talks told Reuters.

The talks underscore China’s concern about its reliance on imported chips from global names such as Qualcomm Inc and Intel Corp, aggravated by a worsening dispute with the US centred on cutting-edged tech.

“In the last few days senior Chinese officials have met to discuss plans to speed up the development of the chip industry,” one person with knowledge of the talks said, asking not to be named because of the sensitivity of the matter.

China has already made the semiconductor market a key priority under its “Made in China 2025” strategy to cut reliance on foreign technologies and create its own domestic champions.

That goal has been given fresh urgency after a US ban on sales of products — including chips — to Chinese phone maker ZTE Corp roiled the firm, which uses mainly US chips in its smartphones.

A second person with knowledge of the talks said senior officials had met with key ministries, as well as the National Integrated Circuitry Investment Fund, “this week” to discuss speeding up plans due to recent trade tensions.

China’s ministry of commerce and the ministry of industry and information technology (MIIT) did not immediately respond to faxed requests for comment late on Thursday.

The IC Fund did not immediately respond to requests for comment.

The seven-year ban on US firms selling parts to ZTE comes at a time when the two countries have threatened each other with tens of billions of dollars in tariffs in recent weeks, fanning worries of a full blown trade war.

Washington said ZTE had violated an agreement reached after it was caught illegally shipping goods to Iran.

ZTE, which has chips from US firm Qualcomm in an estimated 50-65 percent of its phones, is now facing a struggle to save its smartphone business as it looks to find new supplies.

That over-reliance has spooked China — though most industry insiders said shifting production back home would not be easy. “China won’t allow the US to use chips as a stick against it. China can take steps to replace foreign-made chips with domestic,” the country’s hawkish Global Times newspaper said this week.