Business   In Other News  20 Mar 2020  US airlines lobby for funds, 30 airline groups appeal for long-term help
Business, In Other News 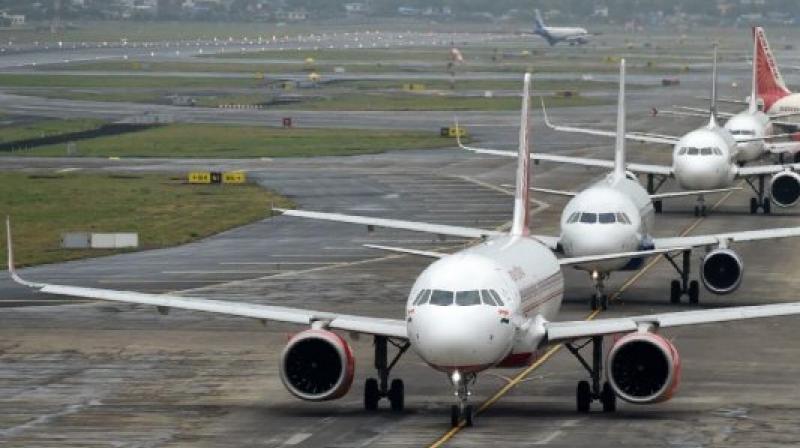 Washinton: U.S. airlines are still lobbying for taxpayer cash to keep flying through the virus outbreak, despite failing to win White House support for $29 billion in grants.

They asked for aid “in the form of grants, unsecured loans and limited tax measures. The survival of our industry depends on it."

Consumer advocates and many Democrats in Congress want to tie any help for the airlines to specific measures including aid for workers, limits on ticket-change fees, and a ban on stock buybacks.

American Airlines says it plans to cancel 55,000 flights next month and it is grounding nearly half the fleet while expecting plummeting demand for air travel to get even worse.

The airline's president, Robert Isom, detailed the moves in a letter Thursday to employees. The company has cut its international schedule for April by 75% and domestic flying by 30%, with plans to cut even more in May.

Germany's Lufthansa said that airlines may fail without government assistance if the outbreak lasts for an extended time. The airline has already slashed routes and frozen new hires. Lufthansa said members of its executive board also decided to take a 20% cut in basic pay for 2020.

The International Air Transport Association, which represents around 290 airlines worldwide, on Thursday put the price tag on combined lost revenue to date at $7 billion. It will get a lot worse.

The group estimates total costs worldwide could reach $113 billion. The group called for emergency aid of up to $200 billion for airlines globally.

The Las Vegas airport is running with reduced operations after an air traffic controller tested positive for the new coronavirus, temporarily closing the control tower. Nearly 500 flights in Las Vegas were canceled by midday.