Over 70 per cent dip in 100 days work under MGNREGA

MGNREGA payouts have been a key factor that has affected the rural economy adversely this year. 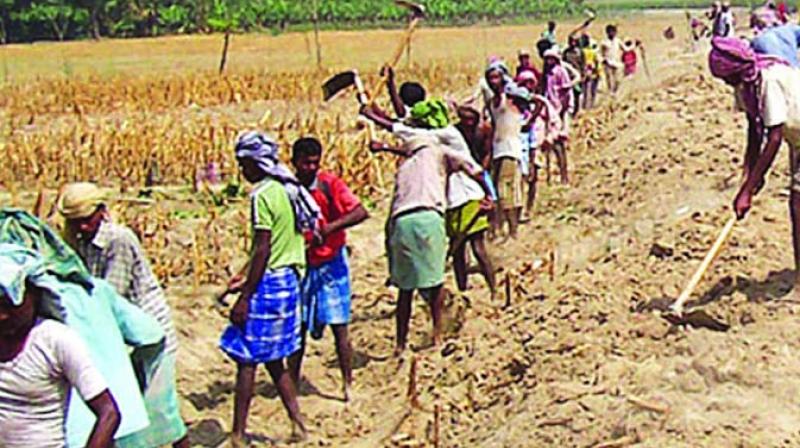 Scheme has provided an average of 41.44 days of employment per household.

Chennai: With just two more months to go for the financial year 2019-20 to end, the number of households which have completed 100 days of guaranteed employment under the

Mahatma Gandhi National Rural Employment Guarantee scheme is down by 72 per cent. The number of person days generated too is down by 38 per cent.

MGNREGA is meant to provide guaranteed 100 days of employment to the rural poor. The scheme has provided an average of 41.44 days of employment per household. Even the number of households which have worked this fiscal is down at 4.81 crore against 5.27 crore last year.

MGNREGA has so far generated only 199 crore person days against 267 crore person days in the previous fiscal. Among 12.43 crore active MGNREGA workers, only 6.8 crore individuals have worked so far this fiscal.

Despite the government’s proposal to upgrade the skills of MGNREGA workers, the material and skilled wages stood at Rs 12,782 crore, 34 per cent down from last year’s Rs 16,465 crore.

The scheme has completed 56 lakh work against 90 lakh work in FY19--down by 38 per cent. However, the total number of work taken up during this fiscal was 164 lakh. This included both new and spillover works of the previous year.

MGNREGA payouts have been a key factor that has affected the rural economy adversely this year.