I-T department had last week conducted a raid at an Axis Bank branch in Noida and unearthed Rs 60 crore from the accounts of 20 shell firms. 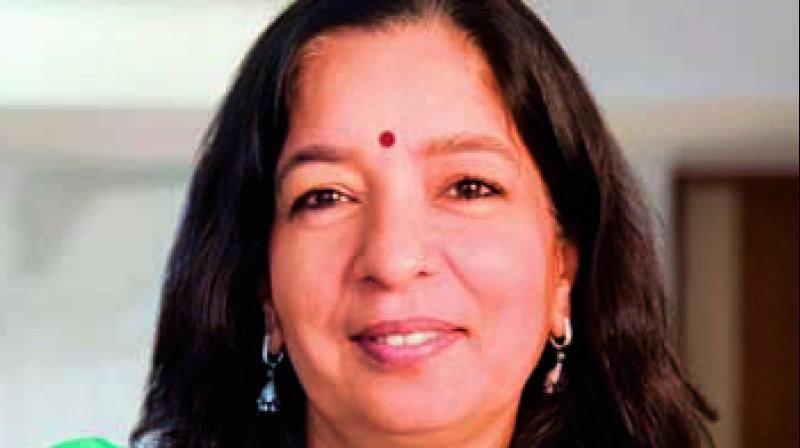 New Delhi: “Embarrassed and upset” over the conduct of a handful of employees bringing the organisation into disrepute, Axis Bank MD and CEO Shikha Sharma on Sunday said the bank has hired KPMG to conduct a forensic audit for enhanced due diligence and building more safeguards.

Assuring that the fundamentals of the bank is on a “solid footing’, Ms Sharma said in a letter to Axis Bank customers that the bank is tracking sudden surge in account activity and have ‘proactively identified potentially suspicious accounts”.

“The recent media reports around the conduct of a few of our employees have left me embarrassed and upset. We have fallen short of your expectations because a handful of people did not follow our fully compliant and robust processes. We have taken the toughest action against such employees and we will do so in every case of divergence from our Code of Conduct.

“I regret that the misdeeds of a few people have eroded the hard work of 55,000+ employees, who have been at the front end beyond working hours, displaying extraordinary patience and commitment to their responsibilities,” she said in the letter.

The I-T department had last week conducted a raid at an Axis Bank branch in Noida and unearthed Rs 60 crore from the accounts of 20 shell firms.

She said the bank has proactively identified suspicious accounts and has given inputs to regulatory authorities for further investigation. “I would like to reassure you that the bank has always been committed to the highest standards of operational control and continues to fully cooperate with the authorities. We have been tracking sudden surges in account activity,” she said.