Paytm is India’s largest mobile payments and commerce platform. Founder and CEO Vijay Shekhar Sharma tells us how he managed to pull it off. 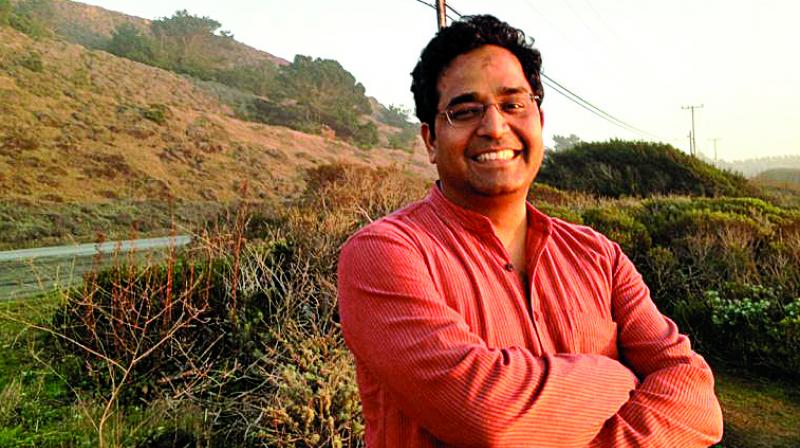 What began as an option for mobile bill recharge and online payments has become India’s largest mobile payments and commerce platform with over 150 million wallets. Started in 2011, within a span of few years Paytm has grown has become a $5 billion firm.

“In last few days, we have grown by over a billion dollars in GMV,” says a cheerful founder and CEO of Paytm, Vijay Shekhar Sharma.

Vijay recently entered India’s promising club of neo-billionaire entrepreneurs. According to Hurun’s India Rich List 2016, Vijay Shekhar Sharma is one of the richest entrepreneurs in India. His net worth jumped by 162 percent from Rs 2,824 crore to over Rs 7,300 crore.

“In the long term, hard work and sincerity pays. If I keep working hard, lots of milestones are achievable,” he admits modestly.

Nothing came easy as Vijay tasted success the hard way. Hailing from a modest family in Uttar Pradesh’s Aligarh, Sharma never had an easy way up.

Coming from a family where his father was teacher in government schools and never believed in earning an extra buck by giving tuitions, Vijay was brought up in an extremely disciplined environment.

Vijay remembers, they never had enough money to buy many clothes. One shirt and a single pair of trousers were all he got in a year. “We only had our school uniforms, yet we were happy”, he recalls.

“It was a very humbling experience. When I got my first job in 2000, we bought our first colour TV. Books were the only means of hobby for us. I love music and thanks to All India Radio, I became a lover of Indian and Western classical music,” he remembers.

Vijay is the self-proclaimed resident DJ at One97. He has a varied choice of music that ranges from Hindustani classical maestros like Hariprasad Chaurasia, Bhimsen Joshi, Shiv Kumar Sharma, his son Rahul Sharma and western classical masters such as Mozart and Beethoven. His other favorites include U2, Jim Morrison and Coldplay. He keeps experimenting with various kinds of music.

Vijay finished his school at the age of 14, while the average age is 18 for most Indians. Leaving the comfort of his home in Aligarh, he came to study at the Delhi College of Engine-ering. Having studied in Hindi medium, English posed a major roadblock in his progress as Vijay could not read or write English. He started learning the language through books and second-hand magazines borrowed from friends.

“I read the Hindi version of the text book along with the English version. It was cumbersome,” Vijay remembers.

Hard work sometimes takes a toll. A first-bencher in school gradually got to the back bench in college due to poor grades. He was deeply anguished and stopped attending college. This was primarily because of his language barrier, he recalls.

Instead of giving up, he started building a content management system with a few friends. In the meantime, he picked up some work too, quit and took his exams.

Netscape founder Marc Andreesen has always been Vijay’s inspiration. However, he could neither afford to go to Stanford nor make it to Silicon Valley. Money and English were major constraints in his progress.

In 2005, Vijay had raised a hefty amount of Rs 8 lakh through his venture where he was conned off 40 per cent. He was left bankrupt and devastated.

However, he bounced back. Living out of a hostel near Delhi’s Kashmiri Gate, he would often walk long distances to attend work or meetings, skipping meals on the way. Vijay wears a brave face even as he recounts it and says, “We could not manage the cash flow although we sold it at $1 million.”

“Poverty is a choice. Having grown up in a modest family, I saw how people have the capabilities and yet fear to take the risk”, he says.

Things looked better when he founded One97, the parent company of Paytm. Experimenting with three basics of the Internet — content, advertising and commerce — One97 started working with telcos, selling contact databases. “Internet had low revenue and there were no advertisements either. My first business model came in by selling contacts,” he recalls.

Vijay’s big eureka moment arrived in 2011 when he first pitched the idea of Paytm — a payment ecosystem — before the board. As expected, the board was not convinced. They felt he spoke about betting the company’s money on a non-existent market.

“Some other entrepreneur would have sold the equity and started their own. But I aspire to build a 100-year-old company,” Vijay says. He decided to put one per cent of his equity, about $2 million, on the table. That’s how Paytm was born. The rest is history. “We started it as a bill payment system and it spread the word around,” he recalls.

Vijay built a strong 24x7 customer care service to address customer trust. “Thirty per cent of the company’s campaign budget is invested in building customer trust. For us, it is the most important factor,” Vijay explains.

He took a big risk and it finally paid off. “I only fear God. I never had any other fear, greed or expectation. I always knew I was taking a bold call and there is no room for fear”, Vijay becomes philosophical as he recounts a bygone era.

Vijay Shekhar Sharma
(born June 7, 1978) was born in Aligarh to Sulom Prakash Sharma and Asha Sharma. He has 3 siblings — 2 elder sisters and a younger brother. Vijay studied in a Hindi medium school near Aligarh, Agrasen Inter College, Harduaganj. His father was a biology teacher in the same school.

Hobbies
He loves high adrenaline activities. He goes rafting, and has done bungee jumping and skydiving. He also drives a lot. He usually drives a BMW. Music helps him relax. He listens to music while driving. It forces his attention on the road instead of thinking about work. U2 and Coldplay are his favorite bands. He also likes to listen to Cuban jazz and the blues and he mostly goes to sleep listening to western classical music.

FavoUrites
Sport: Tennis and swimming
Movie: Jerry Maguire
Song: Where streets have no name
Book: Jack: Straight From the Gut