Business   In Other News  19 Jul 2020  HDFC Bank's Aditya Puri is India’s highest-paid banker in FY20
Business, In Other News

The banker is set to retire in October this year on attaining the age of 70, earned Rs 42.20 crore by exercising stock options in 2018-19 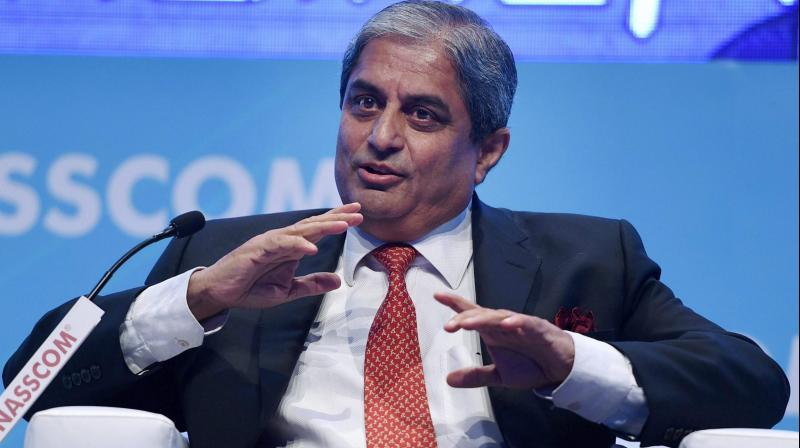 Mumbai: HDFC Bank Managing Director Aditya Puri has emerged as the highest paid banker among the top lenders for FY 2019-20, with a 38 per cent jump in salary and prerequisites to Rs 18.92 crore.

Puri, who built the bank into the largest by assets in the private sector and also the most valued one by investors over the last 25 years, earned an additional Rs 161.56 crore by exercising stock options during the year, the bank's annual report said.

The banker, who is set to retire in October this year on attaining the age of 70, had earned Rs 42.20 crore by exercising stock options in 2018-19.

Its group head and "change agent" Sashidhar Jagdishan, who is reported to be among the selected candidates to succeed Puri, earned a salary of Rs 2.91 crore in FY20, as per the annual report.

Axis Bank's managing director and chief executive Amitabh Chaudhry was paid Rs 6.01 crore for FY20 as against Rs 1.27 crore for the last three months of FY19, as per its annual reports.

Kotak Mahindra Bank's managing director Uday Kotak, who owns 26 per cent in the lender, saw a reduction in his salary during the fiscal year.

He earned a gross salary of Rs 2.97 crore, which is a 18 per cent reduction from the year-ago period's Rs 3.52 crore, as per the annual report.

It can be noted that the city-headquartered bank is among the few lenders who have announced a salary cut of 10 per cent for senior executive earnings over Rs 25 lakh per annum from May 2020 onward, because of the COVID-19 pandemic.