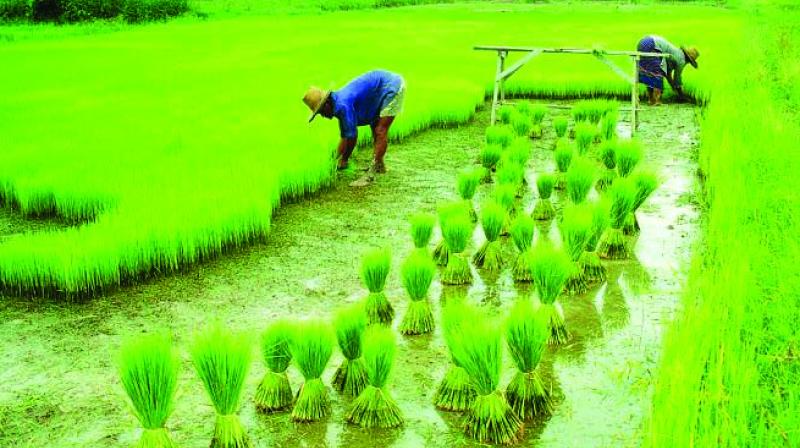 In FY19, the country exported agri goods worth Rs 923 crore to China against Rs 464 crore in FY18, a growth of 99 per cent. Guar gum, fresh grapes and pulses witnessed good growth.

Chennai: Agri exports to China have doubled in FY19 after the tariffs were reduced on several commodities. Industry expects that the Chinese market offers a billion dollar opportunity for exporters of agricultural commodities and products.

Among the main commodities that helped the growth guar gum posted a growth of 161 per cent to garner an export revenue of Rs 649 crore against Rs 248 crore in the previous fiscal. Fresh grapes reported an impressive growth of 366 per cent, jumping from Rs 8.27 crore to Rs 38.6 crore. Pulses exports also grew 89 per cent.

China improved its position among India's agri exporters from 43 to 33 in FY19 as the total agri exports from India grew just 9 per cent in rupee terms. Industry finds that India has a billion dollar opportunity to explore in the Chinese market.

"It is still a very small proportion of our total agri exports. The potential to export more agro products to China is still very high, especially with tariff being reduced on many agri products,' said Pawan Gupta, Founder of Connect2India, a platform that connects MSMEs with their global counterparts.

For several agri products, China has reduced the tariffs to zero. Some of the commodities used to have import tariffs as high as 25 per cent. In case of some commodities it has come down to 5 per cent. The tariff reduction was a fall out of the trade war with the US. While imposing retaliatory tariffs on the US, China had removed tariffs on imports from Asia-Pacific Trade Agreement countries, which includes India.

According to Gupta, once the awareness about the Chinese market opportunity increases among agri producers and exporters, the country will see the exports growing even better in the current fiscal and subsequent years.