Business   In Other News  19 Apr 2020  Cabinet likely to approve package for power distribution utilities due to low demand
Business, In Other News 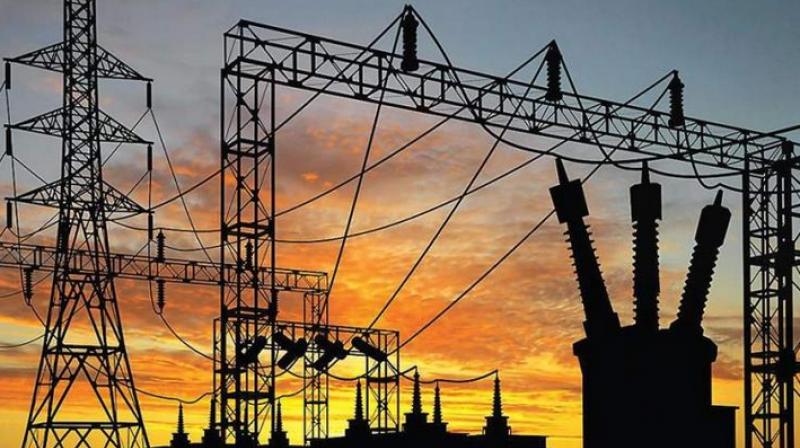 New Delhi: The Union Cabinet is likely to approve next week a package for discoms reeling under revenue loss due to lower power demand amid the coronavirus lockdown, including setting up of an alternative investment fund to pay off their dues towards electricity generation companies, a source said.

"The Cabinet in the coming week can approve a package for power distribution utilities (discoms) which are under stress due to lower demand and cash crunch," the source said.

"The package may include creating an alternate investment fund to pay off dues on behalf of the discoms to gencos. The discoms may be charged nominal interest rate and administrative expenses on that," he added.

The package may also include steps like directions to the state and central power regulators to reduce electricity traiff, the source sai.

According to government data, discoms owe Rs 92,602 crore to power generation companies (gencos) as of February this year.

A report by industry body CII had said discoms are likely to suffer a net revenue loss of around Rs 30,000 crore and liquidity crunch of about Rs 50,000 crore due to the coronavirus-induced nationwide lockdown.

In its report released on Friday, CII had suggested host of measures like easy credit facility for discoms (from PFC and REC) to pay off its dues to gencos, lower tariff especially for industrial and commercial consumers and deferral of indirect taxes like electricity duty and coal cess.

It said the power sector, one of the essential services under the lockdown till May 3, is battling the twin issues of demand and liquidity compression.

Latest data from Power System Operation Corporation Ltd (POSOCO) indicated that total demand per week between March 23 and April 12 was 18 BU (billion units), compared to 23 BU during the week of March 9-15 (before 'Janata Curfew' and lockdown) a 25-28 per cent reduction in demand.

Further extension of the lockdown could result in additional demand compression of 15 to 20 BU, implying a net revenue loss of Rs 25,000 to Rs 30,000 crore for the discoms, it had said.

This will further increase the liquidity crunch to Rs 45,000 to 50,000 crore, in addition to the Rs 90,000 crore dues pending by the discoms to generating companies pre-lockdown.

Earlier in the week, Renewable Energy Secretary Anand Kumar had said, "We are planning to create an alternative investment fund that will help to give load and financial support to discoms and clear the due to be paid to developers and generators. Our effort is to release maximum due payments from discoms to the power generators."

"We want to make sure that our power supply and renewable power are protected and not compromised. We tried to clear all the financial dues of the generators and developers to enhance the capital available with them," Kumar had said during a webinar.