Average area per deal, however, has dipped, says JLL. 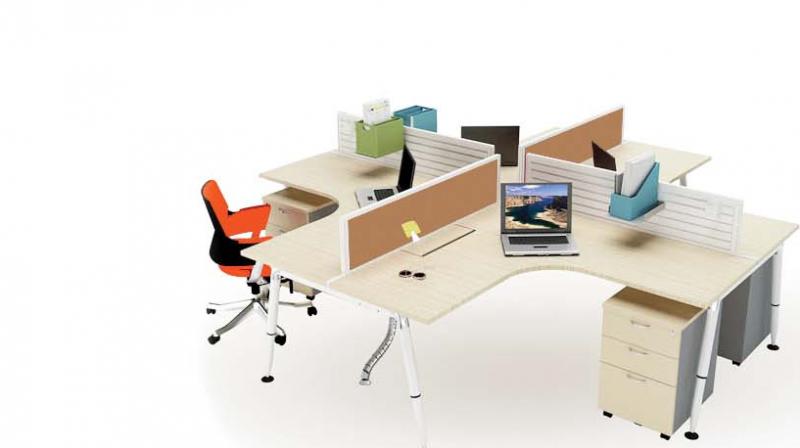 The drop in average size of office space according to JLL is significant as this defines the way office space is actually getting consumed.

Mumbai: While the number of office lease transactions in top eight cities in India increased significantly over the last five years, the average area per transactions has come down as a result of companies exercising workplace rationalisation and consolidations. According to property consultant JLL, the number of prime office transactions in leading cities grew 56 per cent from 823 in 2013 to 1283 in 2017, the average size dwindled by 10 per cent to 27,942 square feet from 30,938 sqft during the same period.

The drop in average size of office space according to JLL is significant as this defines the way office space is actually getting consumed. Given the fact that IT/ ITeS remains the majority consumer of office space in India contributing close to 40 per cent of all office leasing transaction, this decline signals a trend of rationalisation of space uptake, through consolidation and workplace strategy implementations. The property consultant noted that the rise of additional sectors like e-commerce and co-working in the last few quarters have also radically changed the concept of office space utilisation.

There is a serious consideration towards creating flexible workspaces and new age collaborative space. The ability to move in and out of an office at short notice, avoid complicated contract negotiations and fit-out work is a convenient option for many occupiers.

“Over the next few years, we can expect to see the pie for co-working and flexible office space increase, while IT/ ITeS will remain the largest leasing group. Other sectors impacting the office absorption for the next three years would be e-Commerce and related businesses, BFSI and FinTech companies and business consulting and services firms”, said Ramesh Nair, CEO and country head, JLL India.

He expects the net office absorption to reach 32 million sqft by end of 2018 and increase further upto 35 million sqft in the subsequent two years.