Business   In Other News  18 Apr 2020  Bengaluru's IT, BT companies allowed 50% work-from-office
Business, In Other News 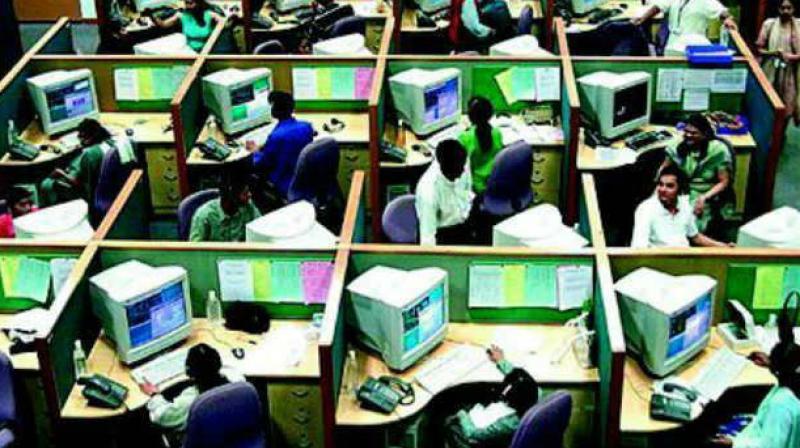 Bengaluru: Starting Monday, Bengaluru’s IT and BT companies will be allowed to call in 50 per cent of their employees to resume working from office.

Karnataka’s deputy chief minister C N Ashwathnarayan on Friday held a video conference with managements of IT and BT companies and discussed with them the arrangements that need to be made and the precautions to be taken.

The companies will have ot manage without cabs, Namma Metro services or other forms of public transport. As per guidelines issued by the Union Home Ministry only one person is allowed on a two-wheeler and two persons in a car. Managements have the option of renting BMTC buses, duly disinfected. However, social distancing has to be adhered to.

However, the real challenge for the managements is in dealing with a situation if there is a breakout on the premises.

Speaking to Deccan Chronicle after the meeting, Biocon CMD Kiran Mazumdar Shaw said the meeting was fruitful and the government was open to suggestions from the IT-BT sector. However, protocols would have to be developed if any employee was found corona positive. Instead of shutting the company, systems should kick in on sanitizing the work place, isolating co-workers and shoring up the morale of those found positive for COVID-19.

Ashwathnarayan said, “Companies expressed concerns about handling the situation if an employee is detected coronavirus positive after resumption of work. They have been promised that appropriate guidelines would be provided in consultation with the Department of Health and Family Welfare. Companies have agreed to follow measures such as social distancing and screening facilities on the premises.”

Ashwathnarayan made one other point to the companies: no retrenchments. "It is not right for companies to shut shop or lay off employees citing the reason of lack of new work orders or projects. Companies should find ways of dealing with the situation through measures such as pay adjustments.