Business   In Other News  17 Nov 2016  US court unlikely to overturn Gupta's concivtion
Business, In Other News

Lawyer for Gupta argued that jurors were given improper instructions in light of a major 2014 appellate. 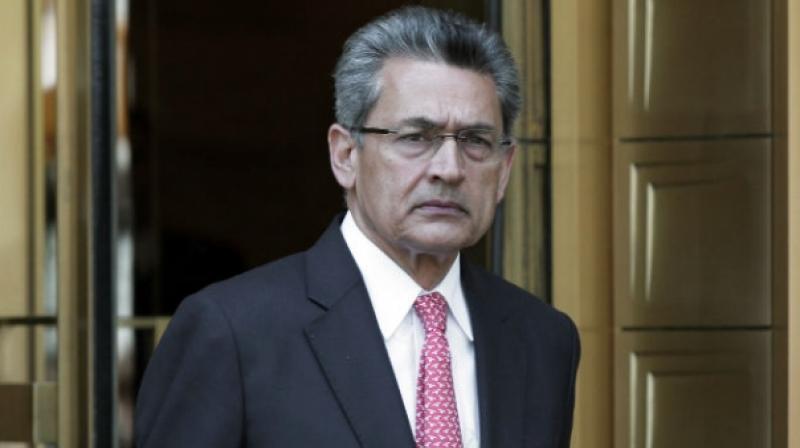 New York: A US appeals court on Wednesday signalled it was unlikely to overturn the 2012 insider trading conviction of Rajat Gupta, a former director of Goldman Sachs Group Inc and global managing director of McKinsey & Co.

During arguments before the 2nd US Circuit Court of Appeals in New York, a lawyer for Gupta argued that jurors were given improper instructions in light of a major 2014 appellate ruling that limited the reach of insider trading laws.

But citing the 2014 ruling, Gary Naftalis, Gupta's lawyer, jurors were given instructions that allowed them to convict Gupta without any proof as legally required that he tipped the Galleon Group founder in exchange for a quid pro quo."He never received a dime in connection with anything in fall 2008," Naftalis said.

Members of the three-judge panel appeared accepting of the prosecution's arguments that evidence showed Gupta was motivated by a desire to secure Rajaratnam's help in recouping losses he sustained in an investment fund they formed together.

"Doesn't it seem Mr. Gupta will have some understanding that if he does something good for Mr. Rajaratnam, he would benefit?" Circuit Judge Richard Wesley asked.

Gupta, who was released from federal custody in March after being sentenced to two years in prison, was one of the highest-profile defendants convicted in a crackdown on insider trading that ensnared hedge funds including Rajaratnam's Galleon Group.

His latest appeal followed a December 2014 ruling by the 2nd Circuit that overturned the conviction of two hedge fund managers and narrowed authorities' ability to pursue such cases, forcing prosecutors to drop charges against 12 other people.

The 2nd Circuit ruled that to be convicted, a trader must know that the source received a benefit in exchange, and that such a benefit was "at least a potential gain of a pecuniary or similarly valuable nature."

The U.S. Supreme Court is expected in a different case to decide the appropriate standard by the end of June. During arguments in October, justices appeared likely to make it easier for prosecutors to pursue insider trading cases.